Defeating ISIS Does Not Mean Peace For Syria And Iraq

The "caliphate" of Abu Bakr al-Baghdadi will not last. His self-proclaimed Islamic State (ISIS), announced two years ago, is on the defensive. It will vanish as quickly as the morning mist on the Euphrates River. But what about jihadism, Islamist terrorism, the wars in Iraq and Syria — all factors that feed this Middle East chaos? Alas, none of that will disappear with the defeat of ISIS.

Iraqi troops continue to gain ground, recently taking back the city of Fallujah, which ISIS had been occupying since January 2014. It already lost Tikrit and Ramadi earlier this year. Soon the battle for Mosul, the second biggest city in Iraq and the caliphate's so-called capital, will begin. Baghdadi's other stronghold, the Syrian city of Raqqa on the banks of the Euphrates, will face coordinated assault from the Damascus regime's army on one hand and Kurds on the other.

It's believed that U.S. President Barack Obama wants to see ISIS removed from Mosul and Raqqa by January 2017, when he leaves the White House. None of the progress we've seen toward this goal in the past few months would have been possible without the help of the U.S. Air Force. In the fight against ISIS, it was the American warplanes, and not the Russian ones (which only intervene in Syria), that made a decisive contribution.

What would the terror group's loss of Mosul and Raqqa mean? First, six million people who live under the tyranny of the caliph's rabble, would be freed. But it would lead to the dismantling of the governance structures that the caliphate has imposed — civil service, tax collection, the Islamic law Sharia, oil sales — everything that made experts say that ISIS was a richer and a more lasting terrorist organization than others.

Still, the arrival of ISIS did not create the situation in Iraq and Syria. On the contrary, it's the tragedies in these countries that gave birth to, and fueled, the Sunni Islam extremist group. The recapture of Raqqa and Mosul would destroy this embryonic state. A military defeat would take away one of the elements that gave ISIS its apparent aura, its image of invincibility. But the ideology that drives the group's actions — Sunni jihadism — would survive in one shape or another. And it will continue to do so for as long as Sunni Arabs are in their current situation.

In Iraq, Sunni Arabs represent just 20% of the population. This minority dominated the former regime of Saddam Hussein. For 30 years, Hussein's Ba'ath party bullied the Shia Arab majority and tortured the Kurdish minority. When the U.S. overthrew Saddam in 2003, the Kurds had already established an autonomous region in northern Iraq. For the Shiites who took over Iraq, it was time for revenge. Now it was the turn of Sunnis to be hunted down, marginalized, thrown into prison, tortured or randomly executed at some roadside checkpoint.

In Syria, the Ba'ath party was dominated by a different religious minorities — the Alawites, an offshoot of Shia Islam. Most Syrians are Sunni (60%), and the initial Syrian uprising of 2011 was largely the work of the Sunni peasantry. Sunni Islamist groups such as the Muslim Brotherhood have long been the most resolute opponents of President Bashar al-Assad's regime. 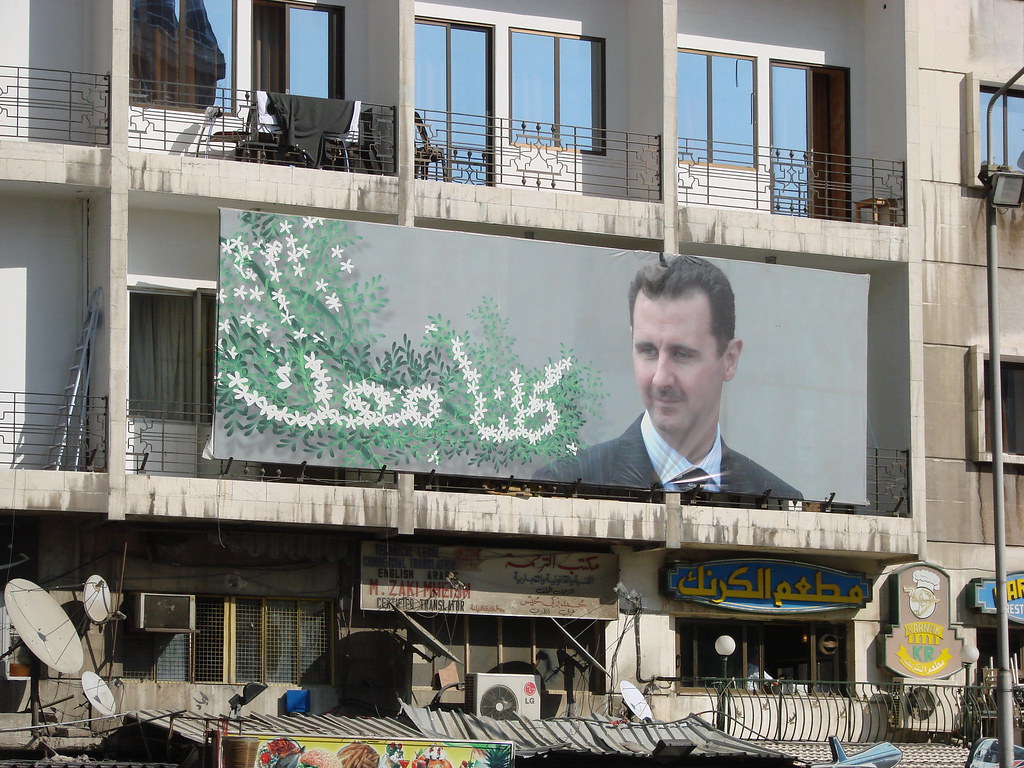 The Assad regime has kept its grip on power in Damascus, and over the Sunni majority — Photo: Watchsmart

Ultimately, the region's giants got involved in the Iraqi and Syrian battles with ISIS. Iran, a Shia power, now closely backs the Shia rulers in Baghdad; while Saudi Arabia, the ultimate Sunni force, as well as Turkey, have sided with the Sunnis.

Born in Iraq, the al-Qaeda stepchild of ISIS became the embodiment of the Sunni revolt against Shia oppression. In the middle of the Iraqi upheaval — a legacy of the American invasion that would eventually lead to the state's collapse — ISIS grew and blossomed, presenting itself as the protector of Iraq's Sunni population. The group spilled into Syria, which along with al-Qaeda, turned into one of the most active arms in the fight against the Damascus regime.

On the ruins of these two decomposing countries, jihadism found itself a cause beyond its political and religious madness: to defend Sunnis. That cause isn't unfounded: The Sunni Arabs of Iraq and Syria are indeed under threat. In Syria, they make up most of the 5 million people who were displaced by fighting, as reported by Patrick Cockburn of The Independent newspaper. In Iraq, hundreds of thousands of them roam from one refugee camp to another. They've been reduced to a few enclaves, driven out of cities like Baghdad, Ramadi and Tikrit, which were destroyed in the fierce combat against ISIS gangs. Car bombings in Shia neighborhoods by ISIS only exacerbated Shiite anger toward Sunni.

The fight against ISIS is both political and military. It's not just about removing Baghdadi from Raqqa and Mosul but also about knowing who will control these cities afterward.

So even if the state-like organization of ISIS is destroyed, something else will come along to embody Sunni hardship. Jihadism can survive the caliphate's defeat by moving into guerrilla warfare. How long will this continue? Well, as long as Syria and Iraq don't accept the diversity of their population and grant their citizens equal rights. It's a job that will last at least a generation.

MOSUL — Ziyad loaded his wife and three children in the big German sedan that used to serve as his taxi between Baghdad and Mosul. That was in June 2014. The jihadists had just captured Iraq's ...

After two years of occupation by terror group ISIS, the largest Christian city in Iraq, Qaraqosh, was recently freed by government forces.