Trump's vow to end NAFTA and bring back factories to the U.S. isn't typical right-wing ideology. Or is it that we've misunderstood the purpose of ideology?

BUENOS AIRES — What is good for the United States is not always bad for Latin America. This is in part because no one thing is good for every sector in a country. What makes importers rich in a nation, for example, may impoverish exporters.

American conservatives believe that the North American Free Trade Agreement, or NAFTA, a deal between the U.S. and Mexico, would "de-industrialize" the U.S. and destroy its job market. They said that the agreement, which brings the two countries into a single market, would only favor Mexico by boosting the southern country's GDP and employment rate. They predicted the deal would enrich large U.S. corporations by allowing them to cheaply make their products in Mexico, which they could later sell for much higher prices in the U.S. This is possible because Mexican labor in U.S. dollar terms is very low.

So the U.S. right-wing was opposed to big companies it was supposed to represent in politics. In Mexico and throughout Latin America, the Left saw NAFTA differently. It denounced it as a North American colonial project that would turn Mexico into a commercial foothold, and not unlike a U.S. military base. The Left believes that companies would exploit Mexican workers and take their profits elsewhere, leaving nothing behind for Mexico.

At the same time, the Left thought that the U.S. right-wing's opposition to NAFTA was just rhetoric, merely intended to punish the Democratic administration of former president Bill Clinton, the architect of the deal.

President Donald J. Trump now proves otherwise. The opposition of the right-wing, of which he is a member, was genuine. Trump wants to "close shop" next door as a first step to achieve what he calls the economic independence of the U.S. He said that NAFTA was for the U.S. the "worst trade agreement in history."

And it's not just talk this time. Before taking office he began threatening U.S. car companies operating in Mexico with 35% taxes on cars they might bring into the U.S. from Mexico. He was particularly harsh on Ford, saying it was "an absolute disgrace" that Ford, a household name in the U.S., would take American jobs to Mexico. Bearing in mind that Trump's party controls both chambers of Congress, Ford for now cancelled a $1.6 billion investment in Mexico's San Luis Potosí. It will instead invest $700 million in Flat Rock, Michigan. 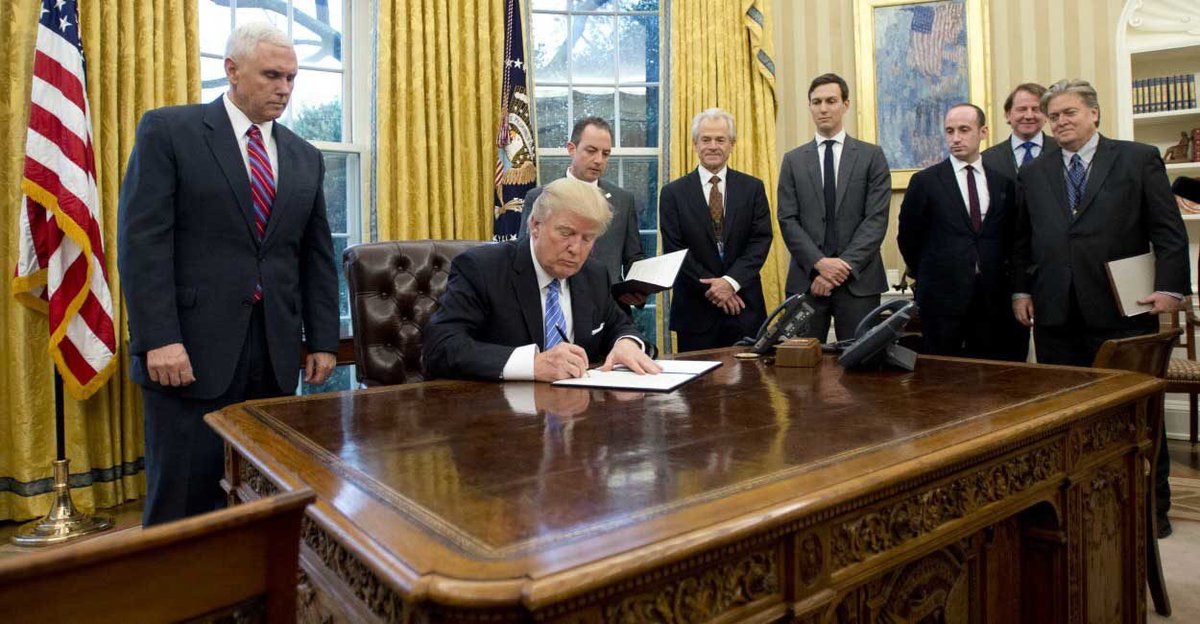 Trump used similar threats against General Motors, which exported nearly 500,000 vehicles from Mexico to the U.S. in an 11-month period in 2016. The company does not look like it is about to move from Mexico. Should it decide for good not to move back home, it may prompt the first clash between a conservative U.S. administration and a big corporation.

Mexico is rightly worried. The country is the world's eighth largest exporter of cars, trucks and car parts. The automobile industry there contributes to 18% of Mexico's manufacturing GDP (6% of all GDP), and employs 875,000 people. This was all thanks to the market created by NAFTA, which Trump wants to end — 72% of cars made in Mexico go to the U.S.

Trump's stand shows that ideologies are not static and can change with circumstances. Two decades ago, European social-democracy adopted privatization and spending cuts. Now, the right-wing in the U.S. is turning conservative ideology upside down.

You would assume a Republican government would defend the free market, work with big companies and promote exports. Yet, assuming he will run his presidency the way he talks, Trump would attack the free market, pursue state intervention in the economy, confront corporations and trumpet nationalism. In terms of the means if not the objective, the new U.S. president seems more left-wing than Right. Trump's economic policy of confronting multinational companies and making the U.S economically independent are similar to the discourse of progressive forces in Latin America.

Instruments can, after all, be used one way or another. Progressive forces have confused the means with the end throughout history. Ideology has to do with objectives whether it's wealth distribution, as is the case with the Left, or wealth accumulation that's propagated by the Right. Ideology is not about the means to these objectives.

See more from Trump And The World here

Why Haitian Migrants Are Flocking To Tijuana

With dire economics and the Trump immigration crackdown, the situation is fluid in the troubled M...