How should we react in the face of the threat of Islamist terrorism? It's a fine line to walk between the double threat of jihadism and our own worst instincts.

PARIS — After the Paris attacks on Nov. 13, the feeling of shock, pain and then resilience prevailed. The City of Light was the victim of an attack meticulously prepared by a terrorist commando. In Nice, the victims look almost the same, innocent civilians, including a large number of children. But now two feelings seem to prevail: powerlessness and anger.

How do we overcome one and answer the other, while respecting the rule of law and providing maximum security to a population that seems to be sliding toward a collective nervous breakdown?

After the first of the three major attacks in 18 months, back in January 2015, I wrote about the need to prepare to live under the threat of terrorism, and used the neologism of "Israelization" of French society. After Nice, this comparison seems even more relevant. Vehicles (cars, trucks) have already been used as weapons of war against civilians in the streets of Jerusalem at the start of what was eventually named "Knife Intifada." Obviously, one does not learn to live in terror.

Fear is natural, necessary even, in order to survive. But one can develop personal safety as a sort of sixth sense, without falling into neither paranoia nor racism. Civil society — as it has long been the case in Israeli society — has to contribute to its own security and serve as an intermediary in the work of the state, which has the "monopoly of the legitimate use of physical force," to paraphrase Max Weber.

The terrorist of Nice was a man who had been suffering from intense psychological instability for years, and who, according to the first elements of the investigation, had recently been drawn into radical Islam. These radicalizations should be systematically reported by the family and friends to the state authorities. It is not a question of encouraging denunciation but of protecting community life. How can one explain that a man driving a 19-ton truck coldly plows into children, like a deadly game of bowling? Where is the nobility in that? 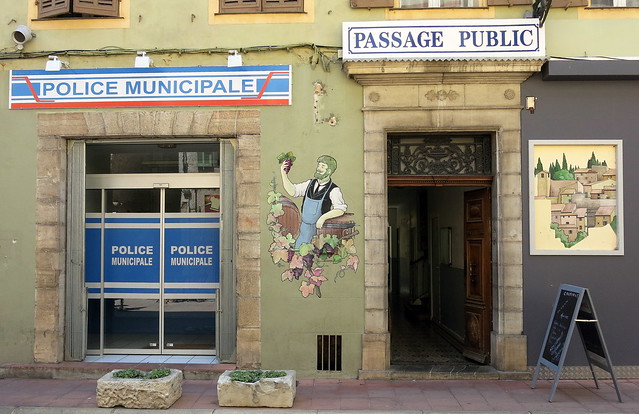 Raising the level of alertness of everyone in front of threat, and a more direct contribution of the relatives of potential terrorists, will obviously not be enough to eradicate such dangers. But these are nonetheless essential if we are to prevent a spiral of violence, such as citizens inspired by populist and racist movements to take charge of their own safety. France cannot become the Wild West where the state was virtually absent. To fall into this trap would be giving the terror groups like the Islamic State (ISIS) the victory they are looking for.

But contrary to pernicious, defeatist and, undoubtedly, wrong-headed recent speeches, ISIS has not won. Still, the road to our victory is long. From Baghdad to Orlando, from Istanbul to Nice and Dhaka, ISIS can keep winning bloody battles, proving it still seduces and attracts men ready to sacrifice their lives for its cause.

But ISIS is bound to lose this war, as long as we remain united, mobilized and act together on the external as well as the internal fronts. There comes a time when the instinct to live naturally prevails over the one pushing people to die. But we must be both alert and determined.

This means, of course, that the state should learn lessons from its security flaws after each new attack. It also implies that every political actor should have a sense of shared responsibility that goes beyond party squabbles. How can anyone use the innocent victims of Nice in order to build electoral strategies to conquer or reconquer power?

Between the double threat of jihadism and populism, the path is narrow. One preys on our lives, the other on our souls. Living under the threat of terrorism means better developing warning mechanisms that are already present in each of us. We cannot live like before, in ignorant bliss before this threat, but we can and should save what is essential to who we are.