Pushing The Limits Of Weather Forecasting

Climate change is giving meteorologists an added incentive to make accurate, ever more timely predictions. Supercomputers are helping them do it.

PARIS — Between 1970 and 2012, weather hazards produced 8,835 natural catastrophes, killed 1.94 million people and cost the world economy $2.4 trillion. The figures, as estimated by the World Weather Organization, are here to remind us of the vital importance of precise and reliable forecasts that, issued early enough, allow authorities to take preventive action.

The European Centre for Medium-Range Weather Forecasts (ECMWF), created in 1975 and based in Reading, England, brings together 34 member states and their national forecasting services (including France's Météo-France). Today it has new and grand forecasting ambitions, established in 2016 in coordination with clients that include affiliated national forecasting services, weather channels, insurance firms and even the offshore oil sector. Its goal, betweeen now and 2025, is to make forecasting "earlier" and "finer" by further pushing the limits of simulating weather phenomena.

ECMWF currently uses one of two Cray XC40 supercomputers (the other one does research) to produce a twice-a-day "ensemble forecast" for the next 15 days. An ensemble prediction is a bundle of 50 forecasts. One is a reference. The other 49 are slightly differing copies with minuscule variations in the initial data. This factors in possible errors between observations.

And there are a lot of these. The Centre is "fed 40 million observations every day, 90% of which are from satellites," says its French head, Florence Rabier. These 40 million items provide data for an atmospheric model covering the entire planet, which is sectioned into squares with 18-kilometer sides. Each square is a kind of pixel in the bigger picture. "This is the finest mesh in the world for this type of model," says Rabier. "Even the Americans don't have anything better."

And yet the aim moving forward is to go into even greater detail — by tripling the resolution and tightening the mesh to five-kilometer squares. It won't be easy. A leap of this caliber is extremely costly in terms of calculating power. ECMWF experts believe that to go from 18 to 5-kilometer squares, the performance of the super calculators would have to increase 100-fold. Currently they have a calculating power of 8.5 petaFLOPS (already making them the most powerful of any used by forecasters anywhere). 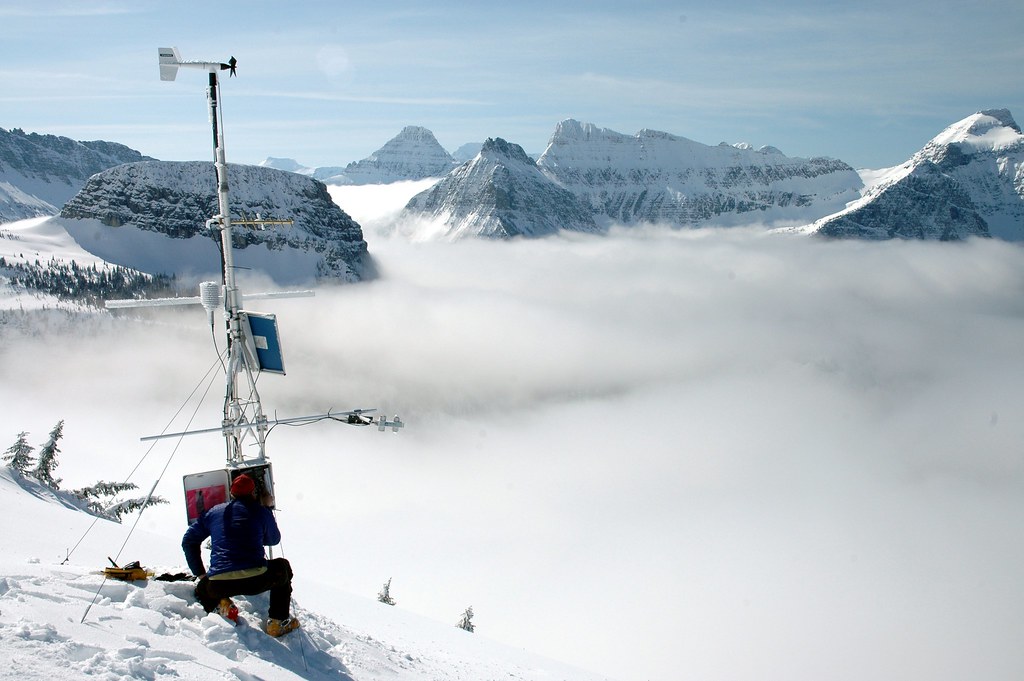 But is it a mission impossible? Not necessarily. "Past evolution shows that capacity is multiplied by 10 every five years on average," Rabier explains. She says that improvements to calculation codes, which are the basis for the Centre's atmospheric model, will also help. One way of making calculation codes more effective is by minimizing the exchange of data between processors positioned alternately among the thousands inside the machine. Aiding local calculation (between adjacent processors) saves time and boosts calculation. ECMWF IT techs are working on that.

Looking into the future

The mesh that is 3.6 times finer and describes more precisely the initial state of the weather allows for more reliable and longer-term forecasts. Today, for "strong impact" weather conditions like a storm, the experts at Reading can forecast, on average, a week in advance, sometimes even earlier.

The aim is to push the prediction range to 10-days on average and two weeks in certain cases. For "large-scale weather systems," like the two-week heat wave that fanned across Europe in August 2015, forecasters would know three or even four weeks in advance. And for even bigger-scale anomalies, like El Niño, the goal is to foresee things a year before as opposed to seven months now.

Climate change appears to be causing an uptick in extreme events like storms or heat waves. And given the impact such phenomena have on people and property, it's easy to see the value of predicting weather as early as possible. Reading's Cray supercomputer doesn't just publish its 15-day forecasts twice a day. It also makes 45-day and even seven-month forecasts, though as the time-frame increases, the resolution used by the Cray computer decreases. If not, the machine would overheat.

All these forecasts, particularly the twice-daily edited 15-day forecasts, complement the forecasts of national services. They differ in their time scope, being medium-term as the ECMWF's name indicates rather than the two or three-day forecasts of national services. They're also global, as opposed to local. National forecasters like Météo-France use this service to check events on the contours of their own, more detailed regional models, says Rabier.

For its most detailed model, Météo-France goes as far as using meshing with 1.3 kilometer squares. And yet there are still occasional mistakes. That's what's so grand about the atmosphere: Given the complexity of the models and inherent difficulty in forecasting the weather, there is more than enough work for everyone.