Brains And Beauty, Can Neuroscience Measure How Art Affects Us?

Several decades of reflection and study have led neurobiologist Jean-Pierre Changeux to stake out a new field that shows how art influences the brain.

PARIS — Walls covered by masters of the 17th and 18th centuries, an organ playing a Bach score, sculptures standing tall: It is only when you see Jean-Pierre Changeux's apartment in central Paris that you understand that he doubles as a neurobiologist and an amateur art collector. And now, he brings the two poles of his life, brain study and art history, together in a new book: La Beauté dans le cerveau (Beauty in The Brain).

This collection of previously published texts — including catalogues from exhibitions at the crossroads of art and science — aims to establish a "research program in 'neuroscience of art,'" a still rarely explored field of study to which Changeux has devoted courses at the Collège de France in Paris.

So what do we know about what happens in our brain when we listen to a Beethoven quartet, admire a Turner watercolor, or visit the ruins of the Acropolis? What happened in Stendhal's head when, leaving Florence's Basilica Santa Croce, where he'd admired the Volterrano frescoes, he came out so shaken that he "walked with the fear of falling?" To these questions, Changeux's book brings partial answers, most often presented as hypotheses. The time has still not arrived, he writes, where we can give "a neurobiological definition of beauty."

What we know for now is the fundamental neural process at work in the visual or auditory perception, the first step in any aesthetic experience. Concerning music, images obtained by functional magnetic resonance and observations made on patients with brain lesions show that while we perceive a piece as a whole, our brain actually distinguishes melody, harmony, rhythm and the emotion triggered as distinct components mobilizing separate modes of treatment. For visual arts, especially paintings, tracking a subject's eye has shown how a gaze explores a painting, moving in zigzags from one strategic point to another — the strategic points in question being more often "centers of meaning," for example the faces of characters.

Transformed into nervous impulses by the myriad proteins present in our visual (retina) or auditory (cochlea) sensory receptors, the stimuli and the information they carry are then transmitted by the cranial nerves (optic or auditory) to the thalamus. Then, from there, they proceed to the cerebral cortex, where they are distributed in different zones to be analyzed — as forms, colors and movements, in the case of visual stimuli, and according to frequency or volume, with regards to sound signals.

The next step, the global synthesis of all these simultaneous analyzes, is the task that Changeux and his colleague Stanislas Dehaene called the "Global Neuronal Workspace" (GNW). These neurons have the particularity of possessing very long extensions, up to about 10 centimeters, that allow them to connect distant territories of the brain: the prefrontal cortex where these neurons are abundant, the visual and auditory cortex, as well as the areas of language, the hippocampus (a structure playing a central role in memory), the reward circuit (a set of neuronal groups responsible for our sensations of pleasure and satisfaction), and so on. 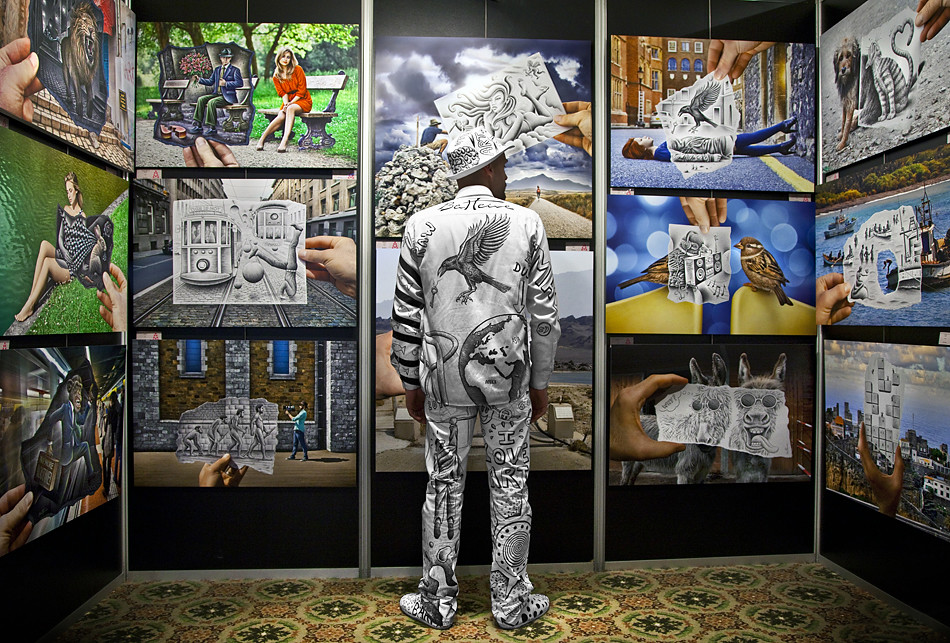 A given perception's access to the consciousness, which occurs after about 300 milliseconds (compared to a computer, the brain is a very slow machine), corresponds to a sudden conflagration of the GNW, what Changeux and Dehaene called the "ignition." The formulated hypothesis by Changeux in his book is that when the perceived object is a work of art, it is a singular form of ignition that is assisted in the GNW.

Singular, but in what way? "The emotions are preponderant and can have a strong psychological effect, like in the case of shock described by Stendhal," Changeux says. The researcher notes, however, that cold reason, and therefore the prefrontal cortex, equally plays a role. This allows us to recognize what he considers to be the two key characteristics of the beauty of a work of art: the equilibrium between the parts and the whole (or "consensus partium," in the words of Leon Battista Alberti, an Italian Renaissance architect), and the economy of means (or "parsimony," borrowed from the economist and psychologist Herbert Simon.)

The long-term memories are stored in the life of a subject, but also a myriad of contextual elements are equally mobilized in any aesthetic experience, which explains why the same painting or the same piece of music does not always provoke the same reaction from the same person. This complexity is a measure of the extraordinary combined capacity of our brain, this "organism in the organism" as Changeux calls it: with its 600 million synapses (or connections from neuron to neuron) per cubic millimeter, it displays a number of possible combinations between neurons of the same order of magnitude as that of positively charged particles in all the universe!

But another specificity of our brain is maybe still more important for our artistic sensibility, the neurobiologist notes. Unlike other mammals, man was not born with an already completed brain. The mass of the brain of a newborn is four to five times less advanced than that of an adult brain. The post-natal development of the human brain continues until puberty, a period of about 15 years during which the wiring continues at a frantic pace of 10 million synapses created every second.

This process, accompanied by an important pruning of the connections that have become superfluous, explains the formation, during childhood and adolescence, of "cultural circuits" specific to each individual, resulting from one's interactions with the surrounding environment, and by the filter of which will pass all later aesthetic experiences. This is the science that would support Oscar Wilde's claim that "beauty is in the eye of the beholder."