The Method Behind Assad' Mad Propaganda

The Syrian government's recent tourism videos of beautiful scenery and nightlife look ludicrous to Westerners who know the brutal truth about Aleppo, but the West isn't the intended audience for this publicity blitz.

BEIRUT — On Sept. 23, Syrian state media announced a new offensive against "terrorists" — its usual term for anyone in rebel-held areas — in eastern Aleppo, which has been under total siege by the government and its allied militias since July. The next day, an estimated 72 people died in government and Russian airstrikes on Aleppo, according to the Syrian Observatory for Human Rights. Aid workers estimated that about half the casualties were children.

In late summer, as Syrian and Russian warplanes intensified an already brutal campaign of airstrikes, the government's official media also stepped up an increasingly surreal campaign aimed at promoting tourism in Syria. Throughout the bloody, devastating conflict that has killed at least 430,000 people so far, the Syrian government's messaging has remained ghoulishly upbeat. On Sept. 30, it posted aerial drone footage of beautiful, unbombed Aleppo landscapes, to the Game of Thrones theme song played on an Arabic oud, titled "Aleppo … Will of Life."

Projecting an image of control

It's easy to make fun of Syrian government propaganda. Outside commentators, especially those in the West, usually see it as clownish third-world incompetence, with President Bashar al-Assad playing the role of a real-life Borat. The regime's approach, according to this perception, is so ham-fisted and crude that no one could possibly buy it. "Assad's Ministry of Tourism is getting everything wrong: attractions, messages, seasons … etc.," wrote one Twitter commentator in response to an image of Syrian soldiers cavorting joylessly in the snow with no shirts on.

But maybe the government isn't getting it wrong. What most outside observers don't realize is that there is a coherent and successful strategy behind the Syrian government's marketing. It may look like tin-pot propaganda to Western journalists, aid workers and policymakers, but they aren't its intended audience. The Assad government is showing its supporters — even the reluctant ones — that it's in control. More than that, it's demonstrating that it's the only force within Syria that can guarantee a normal life.

In war, the sense of normality erodes quickly. For Assad and his allies to project that image, no matter how unbelievably, is essential. In the realm of ideas and images, the Syrian government's heavy-handed propaganda is just as effective as its bombing campaigns. It works, and for the same reason: because it rearranges the facts on the ground so thoroughly that it creates its own parallel reality, one that becomes more concrete with repetition.

In 2014, the Syrian writer and former political prisoner Yassin al-Haj Saleh published an article titled "One Aspect of the History of Political Rumor in Syria." Saleh was in prison from 1980 to 1996. Throughout his time in prison, rumors of imminent release would swirl around the prisoners and their families. The more desperate people were, the more likely they were to believe the rumors.

What Saleh realized is that it doesn't always matter whether information is true or not — a lesson that applies equally well, if not more so, to propaganda. With some rumors, the more unbelievable they are, the better. "There is a certain species of rumor whose objective is to distort, to erode the standards by which credibility is assessed and to destroy the public's ability to distinguish truths from lies," he wrote. This deliberate misdirection, as he pointed out, is one of the specialties of the Syrian security services. "Knowing that they have no chance of winning the battle over truth, they prefer instead to erode the entire concept of truth itself."

The art of misinformation entropy has a long pedigree. During the Cold War, the KGB perfected the art of "dezinformatsiya," or disinformation, which creates confusion by spreading a variety of false and often bizarre stories. At the same time, the KGB's Western counterparts were aiming destabilization campaigns at non-aligned countries they suspected of leaning toward Communism. The objective, on both sides, was to destabilize at any cost, even at the expense of a stable conception of truth.

In 1953, for example, the CIA mounted a covert operation to overthrow Mohammad Mossadegh, the democratically elected prime minister of Iran. American operatives paid armies of street thugs to rampage through Tehran, staging bombings and creating a spectacle of chaos, instability and misrule — an illusion that became a reality when they succeeded in ousting Mossadegh. Years later, the United States is still paying the price, in the form of deep mistrust, fed by its decision to destabilize a democratically elected government through lies.

Hafez Assad, the current Syrian president's late father, mastered the Cold War art of constructing a parallel truth. In her 1999 book, Ambiguities of Domination, the scholar Lisa Wedeen examines his cult of personality. Even in his day, the regime's propaganda had the same over-the-top, calculated weirdness that it does now: It relied on ludicrous, exaggerated statements, like that Assad was "the nation's premier pharmacist" (he wasn't) and that he'd "live forever" (he didn't). 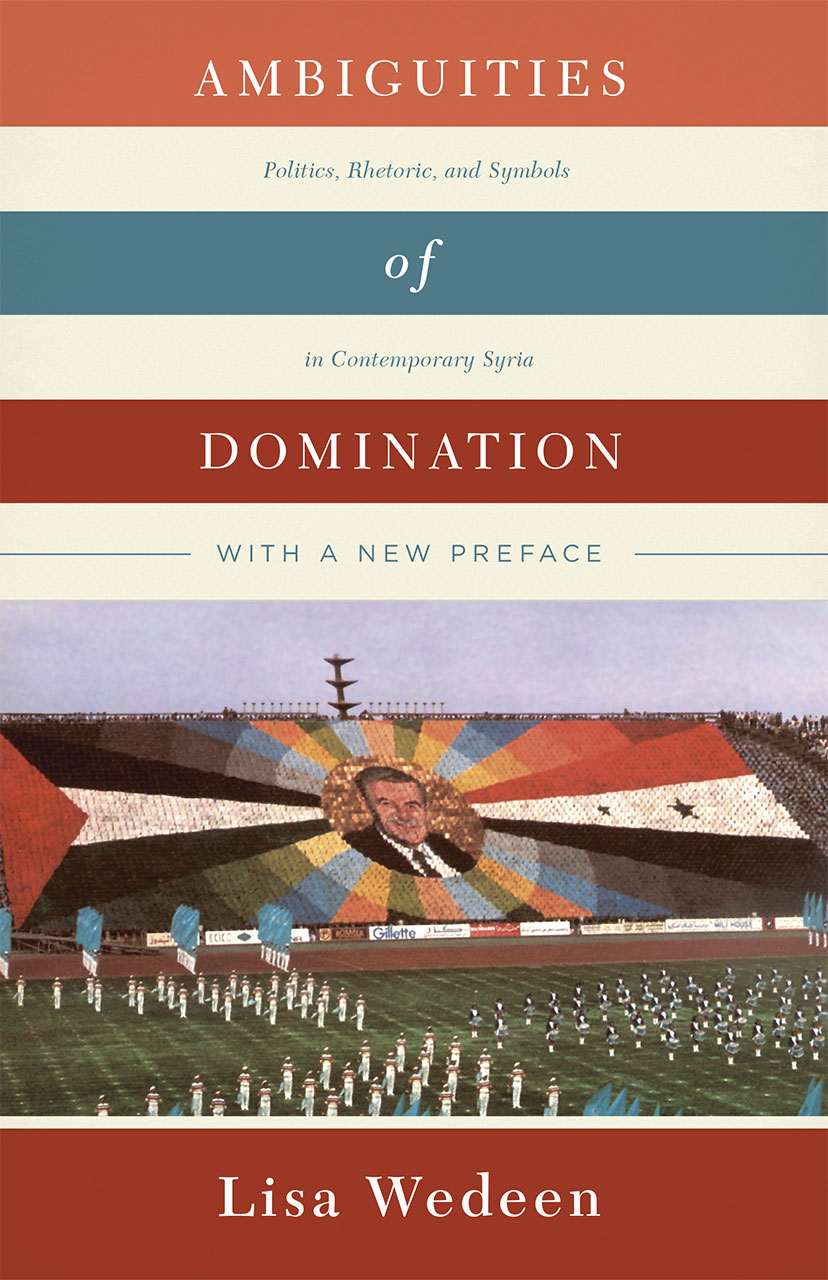 But these statements weren't about truth. They were about the projection of power. Like the rumors that Saleh dissected, they weren't actually meant to be believed. It was their very crudeness and absurdity — and the fact that people had to play along anyway — that showed their control. "Assad is powerful because his regime can compel people to say the ridiculous and to avow the absurd.," Wedeen wrote.

It doesn't help that some Syrian opposition groups have tried to play the same game, with less skill and success. Since the conflict began, various opposition leaders have promoted the narrative that the Syrian government is on the brink of collapse, and Western media, always eager to believe that Assad is about to fall, have been reliably printing it ever since. Outsiders believe that Assad and his government are weak — a story that circulates to this day, five and a half years later — because it's the one they want to believe.

When he was in jail, Saleh found that people's hopelessness and the lack of accurate information led them to cling to rumors, even if they were not rationally believable. "People convert their desires into facts," he wrote. Even if they don't really believe the rumor, "they use it to carry their emotions and dreams," he explained. "It enables them to bear the burden of living in harsh times."

Four days after the Aleppo tweet, on Sept. 28, SANA's Twitter account posted another video. This one was from Tartous, the government-held coastal city where Russia has a naval base: "As Summer 2016 draws to a close, we take a look at one of the biggest events in the coastal city of Tartous #Syria #SyrianCoast#Nightlife." The camera zooms into a luxury resort on the coast, pans over a cheering crowd; a young woman shakes her butt for the camera, and the DJ segues into the electro-house club hit "Bomb A Drop."

When people feel that nothing can be believed, what matters is the emotional truth, or the narrative that people want to believe, even if they know it's not true. If the truth is arbitrary, and we're free to choose whichever one we want — forget about the thousands who don't have that choice — which reality would you choose to live in? The Syria where the bombs are real, and killing real children? Or the one where a bomb is just a song to dance to all night long?

DAMASCUS – Now in its sixth year, the war in Syria has torn through the country's cities, sects and social fabric. For families like Um Mahmoud's, Syria's frontlines have even invaded their homes. ...

Women held in Syria's government prisons report psychological abuse, sexual assault and torture. But for many, the suffering they experience after their release is even worse.