Rude Awakening, When A Young American Woman Moves To Morocco

Emma Tobin decided to take a gap year in Africa to work on women's empowerment issues. Little did she know she was about to join all those women across the world who are little more than objects in the face of a male-dominated culture.

MARRAKESH — I remember a friend saying that gay rights is the issue of our generation, and while I agreed at the time, I can't help but feel that he wasn't entirely correct.

As a woman, I fight every day to be respected and treated as an equal. In my middle-class American family, I'm not a second-class citizen, but in the larger world it's very apparent that I am. I now see how naive I was about women's issues growing up. I attended an all-girls school, have two sisters and have been given a plethora of opportunities. So it wasn't until I moved to Morocco that I began to see how segregated and sexist the world really is.

I live in the newer and lower-income section of Marrakesh, and on my way to work I constantly face street harassment. Men of all ages comment on my body no matter how covered up I am, and look at me with eyes that speak volumes about their disregard for anything but my body. Men and boys approach me daily to try to talk to me while I stare straight ahead and ignore them. While walking home one day, a man yelled "nice tits," even though I was wearing shapeless clothes. He continued to follow me while editorializing in crude terms about my body until another Moroccan man stepped in and told him to stop.

Here, I can't be out past 9 p.m. alone. It doesn't matter to men what I or other women wear. I can be in a hijab and still be harassed because it's not a male responsibility to treat women with respect here. Instead, it's the responsibility of women not to tempt those men.

This obviously isn't an issue limited to Morocco. All over the world women are harshly objectified, and worse, every day regardless of what they wear, how old they are or their socioeconomic background. In a study of 630 women by India's Centre for Equity and Inclusion, 95% reported that they were restricted in public places because of male harassment. A survey by The United Nations Entity for Gender Equality and the Empowerment of Women found that 99.3% of Egyptian women have experienced some form of sexual harassment, both physical and verbal. 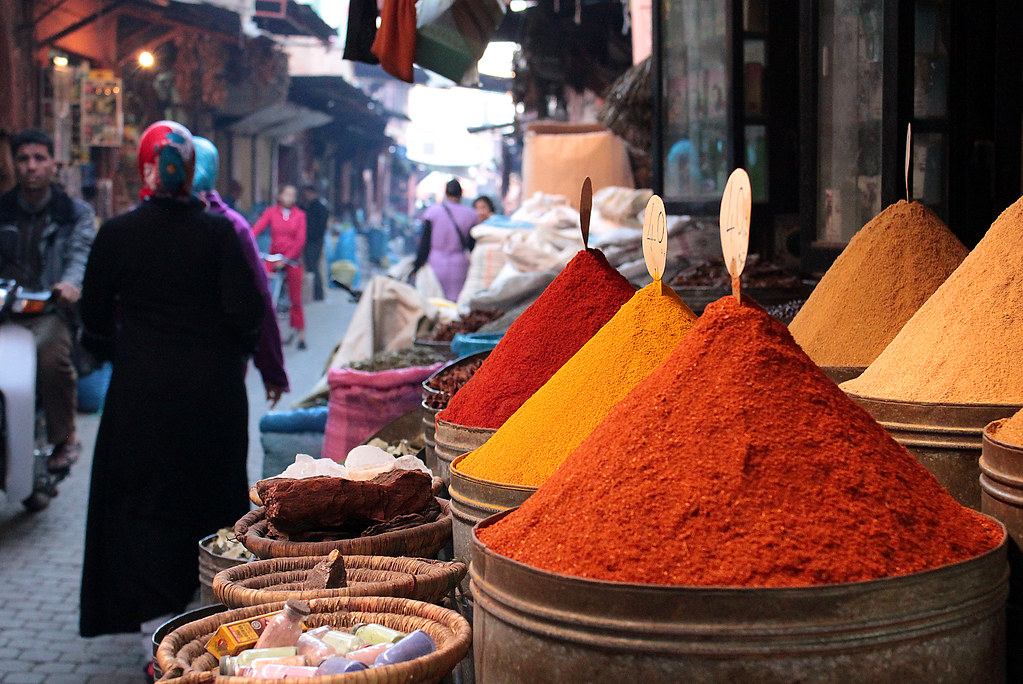 I came to Morocco to learn about women in Muslim societies and to be involved with some form of women's empowerment. I knew it would be difficult to be a woman here and that I would struggle to be respected simply because of my gender. What I didn't expect was to stare into the face of a man who told me he wasn't going to send his 6- and 8-year-old daughters to school but that he would send his sons to school if he had them. In other words, he believed his girls weren't worth the investment.

In this very same village of Akrich, just outside Marrakesh, there was a tragic accident that took the life of a local man. His wife is illiterate, which makes it virtually impossible for her to find a job to support her three children. It's a terrible situation — but not an uncommon one. "By acquiring literacy, women become more economically self-reliant and more actively engaged in their country's social, political and cultural life," United Nations Secretary-General Ban Ki-moon has said. "All evidence shows that investment in literacy for women yields high development dividends."

Akrich isn't an exception. The ingrained sexism and social expectations for women run rampant across much of the world. How am I supposed to change the way people have been thinking since the beginning of time? How can I convince both men and women that we need to change our ideas about the role of women? How do we adapt whole cultures and religious interpretations to illuminate the archaic treatment of half the population?

Though the world celebrated International Women's Day on March 8, it didn't change the fact that every day girls across the world are forced to marry at staggeringly young ages. They are raped, catcalled, forced to leave school or demeaned because of their gender. The UN has said that it will attempt to reach gender equality by 2030. In which case, we have a long way to go in 14 short years.

*U.S.-born Emma Tobin is a photojournalism and social media intern at the High Atlas Foundation and has lived in four countries. She is currently taking a gap year to explore both Southeast Asia and North Africa.

From local politics to the the battle against polio to a banned prostitution film, here's a quick tour of what has been happening in Morocco in recent days.

The Moroccan Model: Using Islam To Fight Extremism In Africa

For the past 50 years, religion has been a key element in Moroccan diplomacy with its African neighbors. Now it's part of the fight against Islamic terrorism on the continent.