Why Attacks On Christians In Egypt Are Likely To Continue

CAIRO — It's delusional to believe that simply announcing the names of the perpetrators of the St. Peter and St. Paul Church attack, or that they've been sentenced, will prevent a repeat of the massacre.

It's delusional to think campaigns in the media, or an official funeral, will contain the anger that is rising in the hearts of Coptic Christians and other Egyptians.

It's delusional to count on time in the hope that people will forget the tragedy and move on as if it never happened.

Such steps are not unimportant in starting the process of dealing with extremism and fighting terrorism. But on their own, they are insufficient. They must accompany measures that deal with the imbalance that exists among citizens and their relationship to the state.

This massacre takes us back to the 1980s and 90s, when Coptic Christians and their property were the regular targets of Islamist groups, especially in Upper Egypt, where the collection of Jizya (taxes) and violence based on religious identity were widespread. There were dozens of attacks on Copts, including the invasion of churches and open fire on worshippers. The state only began to take action against such acts when terrorists targeted police and tourists such as during the Luxor attack, which prompted the resignation of the interior minister.

Sectarian tension and violence continued in the years that followed. The targeting of churches declined up until the massacre at All Saints Church at the beginning of 2011, in which 25 people died. In November 2013, assailants opened fire on a group of Copts in front of St. Mary Church in Waraq.

The nature of these attacks has become more frightening as the perpetrators have become more confident. In most previous incidents, churches were targeted from the outside. But the perpetrator of the St. Peter and St. Paul Church attack breached security and blew himself up inside the church.

This raises questions about the role of security forces tasked with guarding Egypt's churches: Are they present to help worshippers or harass them? Are the personnel placed in front of churches trained to deal with issues of access or are they merely a show of force? Have there been any reviews of their performance after the attacks? Has anyone been held accountable for the breaches?

An attack on St. Marks Cathedral in Abbaseya in April 2013 took place in the presence of security forces. Mohamed Morsi, who was president at the time, was accused of complacency over the manner in which he dealt with an attack on the main residence of the Pope, with all the symbolism that this holds. It was assumed that the incident was followed by the tightening of security on the cathedral, especially after the burning of churches that followed Morsi's ouster in August 2013. If this were the case, how was it possible for such an attack to take place on Sunday at a church right next to the cathedral that is physically within its perimeter? 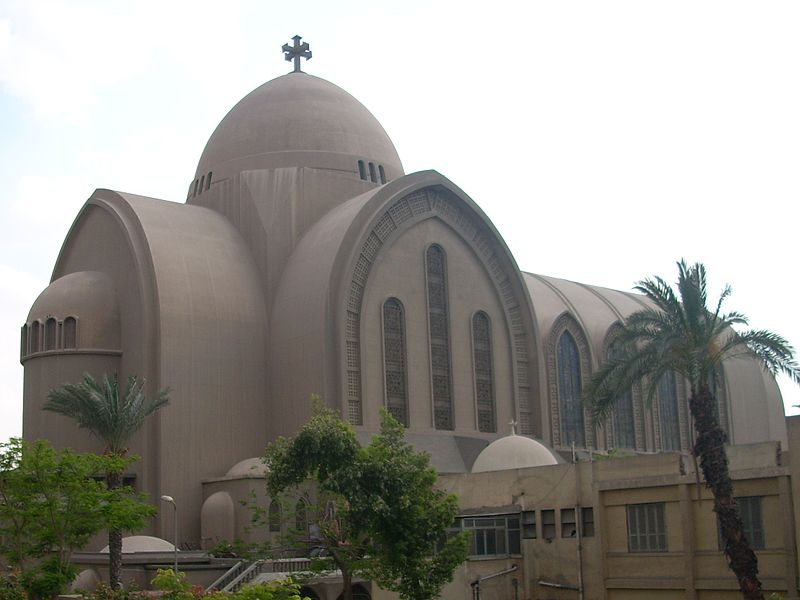 The seeming ease with which St. Peter and St. Paul Church was targeted is an indication of the capability of terrorists in Egypt today. This attack conveys the message to Coptic Christians that the state is incapable of protecting them, particularly after the Islamic State claimed responsibility for the attack. The group has also targeted Copts in Arish and Sinai, including killing two Coptic Orthodox priests. The shifting of attacks to the capital now is a frightening development.

A number of Islamists and their supporters blamed Coptic Christians for Morsi's ouster. This is a deception that was initiated by the Muslim Brotherhood when they were in power. The Brotherhood capitalized on religious polarization by stoking tensions and promoting itself as the exclusive representative of Islam. Coptic Christians paid a high price for this deception — dozens of churches and properties of Coptic Christians were torched while the state stood by and failed to protect citizens and their property.

There is also a serious lack of political will to resolve sectarian tension and discrimination today, amid increases in extremism, intolerance and violence. Is it reasonable that six years after the All Saints Church bombing in Alexandria, we still don't know who the perpetrators are?

After the bombing, former interior minister Habib al-Adly announced that a Palestinian terrorist organization was responsible. After the revolution, the families of the victims inquired about the state of the investigation, only to discover that the Interior Ministry hadn't submitted any findings to the general prosecution, prompting the families to file a case against the ministry. In September 2016, a court ruled that the ministry should present the findings of its investigation to State Security Prosecution, citing abuse of authority and negligence.

This incident is one of a number of cases in which investigations have not been concluded. The message this sends citizens is that the state is not serious about revealing the truth about sectarian violence or holding perpetrators to account.

To be fair, the issue is not about the role of security alone. Political institutions also perpetuate sectarian tensions by supporting customary reconciliation solutions in instances of violence, which violate both the constitution and the law. These institutions bow to the pressures of Islamists by not allowing Copts to pray together, or by forcibly displacing Coptic families under the pretext of calming tensions.

At the same time, whether we admit this to ourselves or not, there is a considerable sector of the population that has adopted extreme religious attitudes, who believe that Coptic Christians are not equal citizens and do not deserve the same rights as the majority of the population. This influence is reinforced by the state and a religious discourse that rejects pluralism.

Extremist currents have gained new supporters in the current economic and social climate. While it is important to find and convict those who planned and carried out the bombing of St. Peter and St. Paul Church, it is not enough to prevent further attacks in the future. The state should undertake quick measures to review church security plans and to amend discriminatory laws that give extremists the chance to propagate their ideas.

In the longer term, there are also roles for educational, cultural and youth organizations to play in promoting principles of co-existence, pluralism and human rights. Only then can we say that the state and society has fully understood the scale of this threat and the seriousness with which it should be addressed.

CAIRO — After Asmaa Hamdy's release from prison, where she spent three years, she began the ...

The promise of the Tahrir Square protests has been largely unfulfilled. Yet there is some progres...