If History Is A Guide, Today's Refugees Are In Trouble

Refugees arriving in Berlin in October - Tpg via ZUMA

Many refugee families after World War II took generations to get on their feet. A new German study finds today's influx of refugees face the same risk, and new ones too.

BERLIN — There are obvious parallels between the current flow of refugees into Europe and the massive displacements produced 70 years ago by World War II. And that, according to a new study by the Kiel Institute of Economic Research (IfW), is not good news.

The big problem for both groups, the comparative study concluded, is employment. "The first generation of current refugees basically doesn't stand a chance in the German job market," says economist Sebastian Braun, author of the report.

World War II refugees struggled to find gainful employment all the way up to the 1970s, Braun and his colleagues found. The jobs they did find tended to be poorly paid — "even though their level of education was quite high and they already spoke German," the researcher explains.

Up to 8 million people came to West Germany from the splintered remains of the former Third Reich. Most of them hailed from East Prussia and the Sudetenland, and most of these settled in the West between 1945 and 1946. By 1950 their share in the total population of Germany was nearly 17%. For the sake of comparison: German authorities registered nearly 1 million refugees last year, equivalent to only 1.2% of the country's current population.

"Due to the destroyed cities and the disastrous economic situation, many Germans viewed the integration of the displaced as an unsolvable problem," Braud says of the World War II refugees. 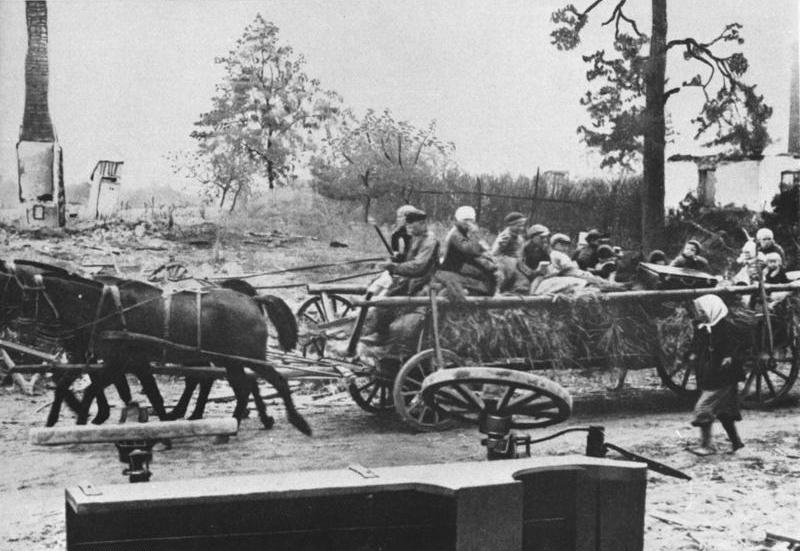 Authorities decided it would be best to settle them in rural areas, away from the destruction of the large cities. But then, as now, there were fewer job opportunities in the countryside than in urban areas. "Which is why many surged to other areas, such as the Ruhr region, where their chances of finding a job would be increased," the economist explains.

Braun thinks this development pattern is about to be repeated, with the idea of revitalizing the structurally weak regions of Eastern Germany. But he doesn't expect the strategy will work, and says the greatest danger is that the refugees of today will become the long-term unemployed of tomorrow. "This phenomenon emerged with the displaced post World War II and was a reality until the 1970s," says Braun.

Employment prospects improved for the second and third generations, but for the first wave, the job situation was always precarious. "It will not be any different now," according to the researcher, who expects it will take newcomers up to 15 years to have any real hope of finding a job.

And unlike many of their World War II counterparts, todays refugees lack German language skills, satisfactory educational training and job qualifications. "The displaced in post-war Germany spoke German and had the same education as other Germans," say Braun. "And yet they still faced major problems for years seeing as they were discriminated against and lacked social networks in their new environments."

Taking that into account, the situation certainly doesn't bode well for new arrivals, who despite the availability of language courses and other improved integration routes, might take even longer than their predecessors to find a well-paid job.

"But this also means that Germans will not have to fear any competition in the job market from refugees, as the asylum seekers are in competition with each other more than anything else," says Braun.

The researcher says the message that many politicians are voicing — that education and equality are the key to integration in the job market — is commendable, especially if Germany is to avoid repeating mistakes of the past. Early childhood equation is particularly important. "We need more kindergarten spaces," says Braun. "The earlier we get onto that the better."