BERLIN — The quality of organic food products is no better than non-organic offerings. At least that's the result of a recent study by the consumer portal Vergleich.org. The study compared 49 test reports by German consumer organization Stiftung Warentest, which, over the course of a decade, analyzed approximately 1,000 food products ranging from meat, fish and dairy to bread, potato dumplings and candy.

The result? Organic foods, which are generally thought to be healthier and more ecologically friendly, got an average score of 2.95 out of 6 (1 being the best score and 6 the worst). Conventional foodstuffs got 2.91. "On average, you can state that the quality of organic food stuffs is no better than that of conventional food products," says Michelle Günter of Vergleich.org. This assessment is supported by nutritional scientists.

"The nutrients contained within a food are not altered by the method of its cultivation," says a university lecturer who wishes to remain anonymous. "It will never be possible to prove that the consumption of organic food makes a difference to human metabolism."

Felix Prinz Zu Löwenstein, chairman of the German Association for Ecological Food Cultivation (BÖLW), does not contradict these statements. "The differences in classic nutrients contained in organic and conventional foods are indeed only minimal." He acknowledges that in a blind tasting no one would be able to tell if something is organic or not. But he stresses that it is not the food quality that is important when it comes to organic food — the quality of its cultivation is what's pertinent. "Where organic food is concerned, production and effect of the products are crucial."

What are the consequences of food production on the environment?

"Conventional foods are synonymous with intensive livestock farming and extensive exploitation of the Earth. Organic, on the other hand, ensures an appropriate livestock environment, groundwater protection and biodiversity," says Zu Löwenstein. These aren't factors Stiftung Warentest took into account when they conducted their tests.

Instead, Stiftung Warentest focused on smell, taste, consistency, texture and appearance. It also paid close attention to bacteria and yeast. The researchers analyzed how safe and hygienic the product was to consume. 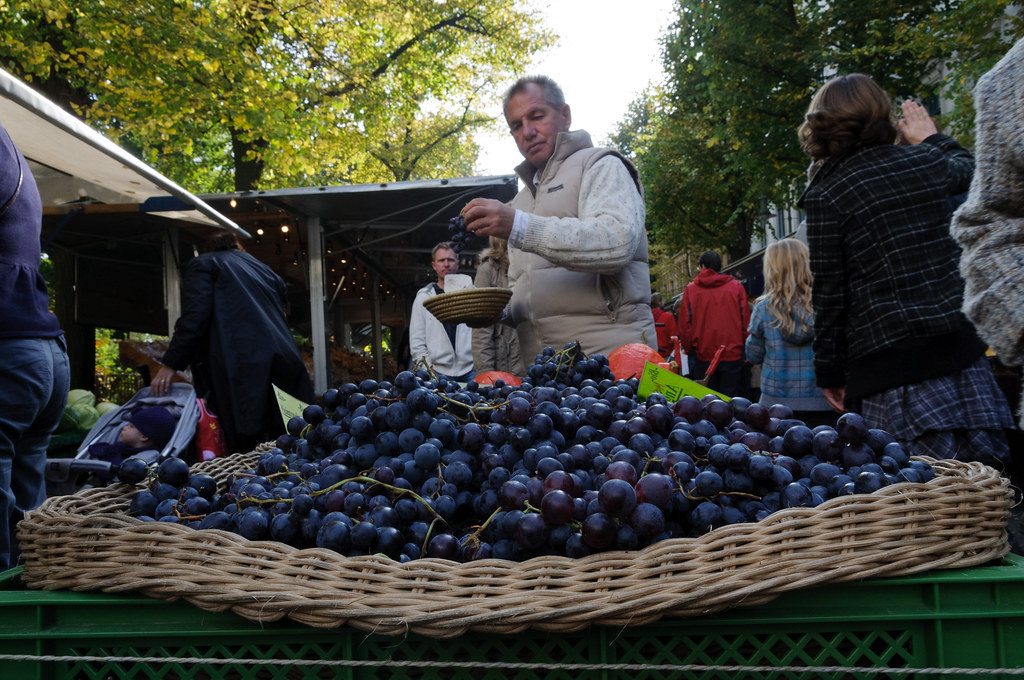 A market in Berlin — Photo: Abbilder

"The results demonstrate that not every certified organic food product provides the optimal sensory experience. Nor is it free of pollutants. Conventional products can also be tasty and low in pollutants," the Vergleich.org study noted.

The authors of the Vergleich.org study were also unable to determine significant differences between organic seals of approval despite the fact that organizations have different standards regarding animal rearing or the use of emissions-increasing nitrogenous fertilizer. The EU organic seal of approval allows for up to 0.9% of genetically-modified organisms to be present in food. "We may therefore assume that the different standards these organizations apply do not have any influence on the quality of the product whatsoever," says Günter.

Zu Löwenstein thinks the devil is in the details when it comes to criteria applied to organic seals of approval and to compare organic food products with conventional offerings. "Even if the amount of nutrients contained in food seem to be the same with conventional and organic products at first glance, there can be significant differences between these in the end," he says.

Moreover, concentrated feed given to animals makes their meat and milk contain less Omega-3 fatty acids than their organic counterparts. These nutrients are vital to humans as our bodies are not able to produce them.