PARIS — When Donald Trump talks ... well, that's some kind of talking. During his successful run for the presidency, the world got to hear the billionaire real estate mogul turned reality TV star spout his own singular brand of vaguely aggressive and self-aggrandizing forms of communication. And a week since moving into the White House, there are no signs that Trumparlance will change any time soon. Just won't. Not gonna happen.

The 45th president may be redefining the very nature of American political rhetoric before our ears. While many by now have conceded the effectiveness of his speaking (and tweeting) style in garnering public support, Geoffrey Pullum, a linguist at the University of Edinburgh argues that Trump's rat-a-tat-tat sentences reveal the way his brain works. "His speech suggests a man with scattered thoughts, a short span of attention, and a lack of intellectual discipline and analytical skills," Pullum told Vox.com

Of course, the rhetoric of world leaders, both the substance an style, has been an evolving art form since the days of Julius Caesar. Here are a few lines from the freewheelin' new leader of the free world in his first week on the job, followed by a quick glance around the world — from Chile to Italy to the Philippines — of some other interesting turns of phrase in recent months and years.

Sometimes I'm sorry to not be a dictator, but alas I'm not one.

[Talking about the rain:]

This is like the water that falls from the sky, nobody knows why. 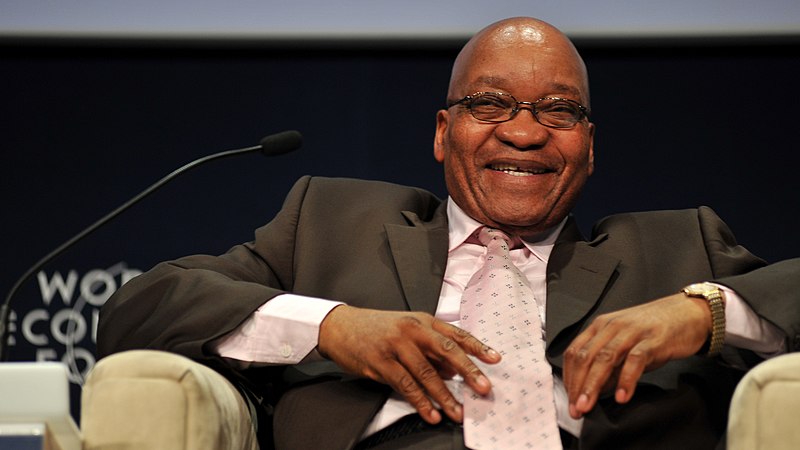 The ANC will rule South Africa until Jesus comes back.

[On the occasion of the Bicentennial of Chile, commemorating 200 years of independence:]

Very few countries in the world — you can count them on the fingers of one hand — have had the privilege of celebrating 500 years of independent life, as we Chileans do.

I wanted to call him, ‘Pope, son of a whore, go home. Do not visit us again.'