The relics of Padre Pio at the Vatican in Feb. 2016 - Giuseppe Ciccia/Pacific Press via ZUMA

The office of the bishop of Wurzburg recently received the rib of Saint Aquilinus. But why are the faithful obsessed with relics?

MUNICH — It's just a rib. But it's the rib of a man born in the German city of Würzburg who was offered the esteemed position to become the bishop of Cologne. But he refused that post to become a wandering preacher, and was subsequently fatally stabbed in the neck on the streets of Milan. This, the story of Saint Aquilinus, all happened more than 1,000 years ago.

It's said that Aquilinus' blood-drenched corpse lay on the street, unnoticed, all day long until it was discovered by a group of porters at dusk and was brought to Milan's Basilica of San Lorenzo Maggiore, where to this day the barely decomposed, mummified corpse was kept in a reliquary made of silver and crystal.

Recently, a delegation from the office of the Milan Archbishop took a rib from the corpse to Würzburg, where it was placed in a church so it could be venerated locally by the faithful. The question, however, is why. What does a 1,000-year-old bone do for those who look upon it?

There are two answers to this question. One a theological argument, the other more of this world. The former harks back to the Book of Revelations in which John talks about Christian Martyrs, saying that "… I saw beneath the altar the souls of those who had been slaughtered due to the word of God and the testimony they had given."

Jürgen Vorndran, a priest at Würzburg Cathedral, explained that there's a relic under nearly every altar in Catholic churches due to this passage. "The naming of the place ‘beneath the altar' is quite important," he says. Vorndran, who was responsible for organizing the move of the relic from Milan, says that in the Catholic mind, the bones of a human who was willing to die for his or her faith are holy.

But what good does it do to be near these holy bones? "Try to imagine that your beloved grandmother has died. What do you do to remember her by?" asks Vorndran. I would look at her picture or visit her grave, I reply. "Exactly. If you want to feel close to her, you visit her grave," Vorndran says.

People seek places of memory, he says. "This is something inherently human," the theologian believes. All major world religions venerate grave sites for this reason. Since Aquilinus is buried in Milan, his hometown of Würzburg should have a rib at the very least.

The relics of saints, however, are also a lucrative business. The need to venerate the limbs of corpses has attracted illegal activity. "Some saints have 28 legs," quips Cologne-based church expert Manfred Becker-Huberti. Sometimes relics are created by putting the bones of a dead person next to those of a saint, in the hope that the holiness would transfer. "The beliefs created [about relics] can be quite fantastical." 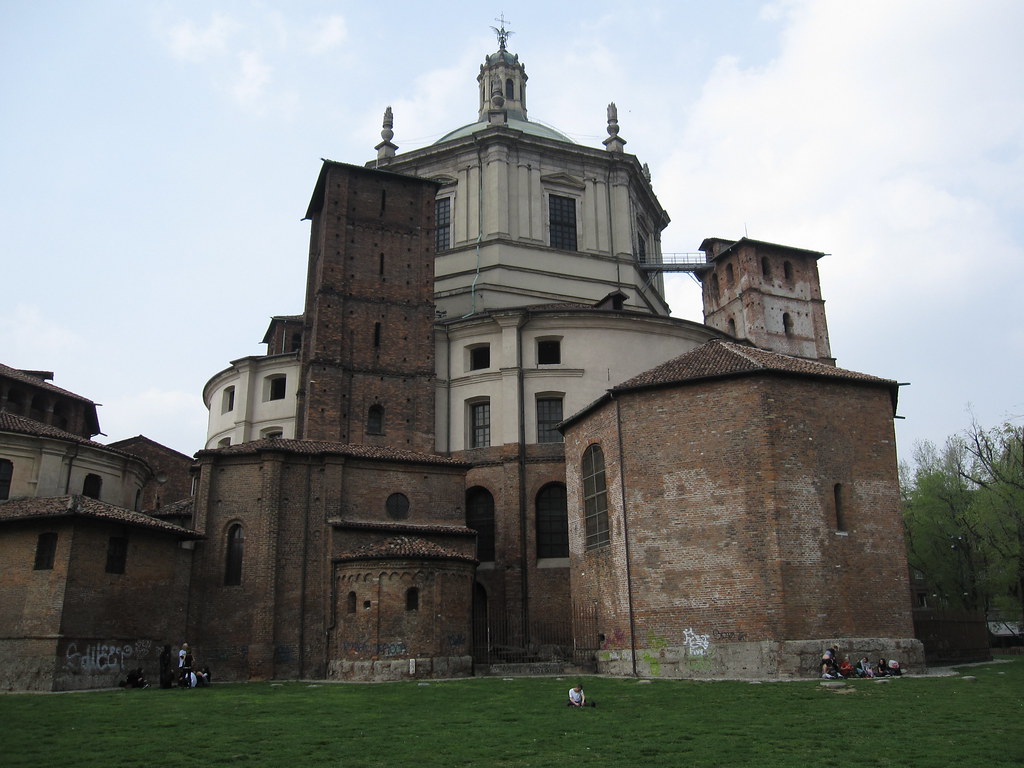 When a person is beatified nowadays, his or her existing remains are carefully checked to avoid malfeasance, explains Becker-Huberti. The trading of relics is prohibited but it's nonetheless increasing, especially within Europe. When monasteries and abbeys are abandoned, their relics often fall into the wrong hands.

The Aquilinus relic, however, was requested to be sent to Würzburg by the office of the city's bishop. Vorndran kept watch as the rib was taken from the mummified body. He saw the gaping hole on the right side of the saint's neck, where he was believed to have been stabbed.

In front of the parish church of Saint Peter and Paul in Würzburg you can find a statue of Saint Aquilinus. This will now hold his rib.

Vorndran says that the statue depicts a mistake. "The dagger is inserted into the left side of his neck, which is incorrect. If a right-handed assassin stabbed him from behind, the wound should be on the right side of the neck." The imprecision of both art and history is yet another reason the bona fide relics mean so much.