NEW YORK — Investors are ignoring Donald Trump's trade rhetoric at their own peril.

That's the warning coming from a rising cohort of erstwhile Trump bulls who've gone weak in the knees as the president turns his sights on allies from Mexico to Japan and Australia. It isn't enough, they say, that the post-election rally that added more than $3.5 trillion to global equities and sent high-yield debt to the best start to a year since 2012 has stalled. According to them, the administration's pledges to protect U.S. industry and redefine currency relationships could ignite a trade war with dire consequences and spark a selloff.

"The market's way too complacent here," Michael Cirami, a money manager at Eaton Vance Management, which oversees $343 billion, said on Bloomberg Television last week. While he was bullish in the immediate aftermath of the election, he's more cautious now. "The tone of the administration and the political environment have deteriorated."

To optimists, the latest warnings of market calamity call to mind "Chicken Little." In recent months, doomsayers such as George Soros who bet against the Trump rally have suffered as investors focus on the president's promise to boost infrastructure spending, cut taxes and pare back regulations.

But two weeks into his term, signs are mounting that this issue may be different, say Bank of America and Rabobank International. Trump's pledge to put "America First" implies a retreat from global trade that could send exporters' currencies plunging, curb corporate revenue and sap U.S. consumption.

And the chaotic nature of his administration's first few days in office -- getting in tiffs with traditional allies and abruptly unleashing changes to refugee policy that set off protests around the country -- is fueling speculation that a sudden upending of trade rules would inflict the maximum damage possible.

Hostility to what Trump describes as bad trade deals was a pillar of his campaign, and there's every reason to think he'll continue to follow through on his pledges to take action.

Since taking office, the president has withdrawn the U.S. from the Trans-Pacific Partnership, repeatedly vowed to renegotiate the North American Free Trade Agreement and is mulling imposing a border tax on imports. Trump and his advisers have accused China, Mexico, Germany and Japan of keeping their currencies weak to gain trade advantages.

That's starting to raise concerns even among those who were bullish after the election, including Ray Dalio at Bridgewater Associates. The billionaire manager of the world's largest hedge fund said Tuesday that he's becoming more concerned that the damaging effects of Trump's populist policies may overwhelm the benefits of his pro-business agenda. Dalio, who in November was bullish on the incoming president's ability to stimulate the economy, is souring on Trump after he banned visitors from seven mostly Muslim countries, igniting protests nationwide, and proposed a border tax on Mexican goods.

"Nationalism, protectionism and militarism increase global tensions and the risks of conflicts," Dalio and co-Chief Investment Officer Bob Prince wrote in a note to clients. "We are increasingly concerned about the emerging policies of the Trump administration." 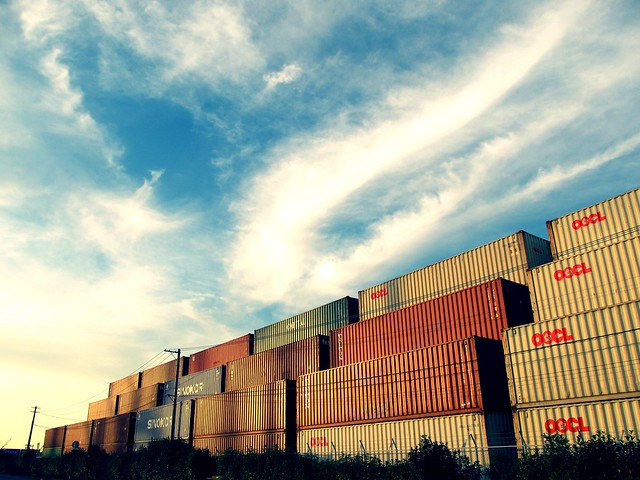 Global assets don't reflect this apprehension. Volatility in the $5.1 trillion currency market has largely remained subdued and currencies of export-oriented economies including South Korea, Sweden and Taiwan are among the best performers this year.

South Korea and other Asian economies including Malaysia, Singapore, the Philippines, China, Thailand and Taiwan are the most vulnerable to protectionist measures from the U.S., along with Mexico, according to Goldman Sachs. That is because more than 40 percent of their exports to the U.S. are composed of machinery, which directly competes with U.S. labor in the key swing states that sent Trump to the White House, according to Goldman Sachs's economists.

Another example of complacency: While the Mexican peso has lost 11 percent since the election and plunged to record lows as the country stayed a particular target of Trump's ire, the Canadian dollar -- the legal tender of the other NAFTA member -- has gained about 2 percent. Morgan Stanley's strategists say the loonie is underpricing the trade risks and recommend selling it against the peso.

In the U.S., the Chicago Board Options Exchange Volatility Index, the so-called fear gauge, fell to the lowest since July 2014 on Jan. 27. That suggests investors aren't focusing on the negative impact of U.S. trade policies, said Koon Chow, a strategist at Union Bancaire Privee.

Chow, who said he was previously "reluctant to fight against" the rally that followed Trump's election, cited the potential for a tariff on imports spurring inflation in the U.S. that will sap consumer spending.

"It's a risk to global equities," Chow said. "There's a little bit of complacency in the market."

The worst-case scenario would be a full-blown trade war with China, which accounts for almost half of U.S.'s $763 billion trade deficit. A clash would almost certainly tip the global economy into a recession, according to Willem Buiter, chief economist at Citigroup Inc.

For now, investors see that as unlikely. Oxford Economics, a London-based research firm, assigned a 5 percent probability. Some economists expect the new U.S. administration to pursue complaints through the World Trade Organization and target the usual sectors such as iron and steel to take a stand on the trade disputes, as opposed to a sweeping pushback on all imports.

"The trade policy has been targeting specific countries," said Kieran Curtis, a London-based director of investment at Standard Life Investments Ltd., which manages $340 billion in assets. "It validated the view that Mexico is the only one to be worried about. It's too early to make a conclusion."

Even so, Trump has proven to be willing to take dramatic actions that defy the suggestions of mainstream economists and politicians. And ratcheted-up rhetoric against the largest U.S. trading partners did little to dissuade such concern.

"People are looking at growth and not focused on risk," said Paul McNamara, an investment director who oversees $4.5 billion in emerging-market debt at GAM UK Ltd. in London. "That can flip over. I don't think this is a market you want to be very bullish."