Inside The Global Zipper War

Take a close look at the zipper on most jeans and you'll find the name of the Japanese leader, YKK - Max Pixel

Japanese and Chinese rivals battle for dominance in this billion-dollar industry, a tale of a worldwide economy drawing ever closer.

PARIS — Discerning shoppers look at them closely, even if most have no idea where they were made, or by whom. Are they solid? Do they go up and down without snagging? Do the teeth hold together as they should?

If the answer is yes, if the zipper works, then all is well. The wearer can go about his or her business. But a bad zipper is an obvious deal breaker. It renders the item of clothing useless. And it's liable to foster major trust issues with the clothing brand, even though the zipper was made, in fact, by a different company.

Clothing manufacturers know this. Invectives towards a malfunctioning zipper will be directed at them, rarely at the company that supplied the aforementioned fastener. Because who's even heard of those companies? Zippers may be important, but they're also small. Anecdotal even. And so the groups that make them are largely invisible.

And yet, zippers are big business. Huge, even, with a market worth no less than $10 billion, according to Global Industry Analysts. It is expected to grow even more in the coming years, perhaps reaching $13 billion by 2020. Little wonder that the two leading zipper producers — one from Japan, the other from China — are currently at "war" with each other in an all-out battle for market supremacy.

Take a close look at the zipper on most jeans and you'll find the name of the Japanese leader, YKK (Yoshida Kogyo Kabushikikaisa), which managed to take the crown from Talon, a U.S. brand that inherited the invention. Founded in 1934 by Tadao Yoshida, YKK is one of Japan's biggest unlisted companies with a turnover of 742 billion yen ($6.5 billion) in 2016. The YKK Group makes close to 7 billion zippers per year, about half of the total manufactured annually around the globe, and has 114 branches in 71 countries.

Self-assured, the company has even produced an animated short film, Fastening Days, a story about two teenagers trying to save a city, armed with zipper-making machines. In short, a show of grandiloquence, summed up in one slogan: "Little Parts, Big Difference."

Until now, YKK has enjoyed a quasi-monopoly, the rest of the market being divided among a multitude of Chinese companies. But this domination now seems threatened by the rise of another player, one that is determined to become the new number one. Fujian SBS Zipper Science & Technology Co. Ltd, a Chinese company founded in 1984, ranks second for the number of patents applied in relation to zippers, behind YKK.

Still, SBS has grown a lot, particularly in China, where it already employs more than 6,000 people, has a 100,000-square meter headquarters in Fujian, and a market capitalization value of about 6 billion Chinese yuan ($872 million). It may not have an animated short, but it does have its own basketball team in the CBA (the Chinese NBA). It also has signed partnerships with important brands, such as H&M, Decathlon, Pump, Adidas or Target. The world's second producer, it nonetheless dominates the market in its home country, where YKK first appeared in 1992.

Competing with YKK outside of China has proven to be more difficult, particularly in the face of stereotypes regarding the quality of Chinese versus Japanese goods. Quality is of the essence when it comes to zippers. "The minimal requirement is 5,000 openings and closings before a potential deterioration, and that really is a minimum," explains Jean-Marc Scotti, managing director at YKK France.

SBS has made a careful effort, therefore, to break away from its low-cost and mass-production image. But it believes this evolution is impeded by the fact that it's a relative new-comer on the market, whereas YKK has largely flooded the upmarket and luxury brands. Europe, where most of the luxury market is to be found, only represents 13% of SBS's sales.

Competition for the high-end market is going to be "more and more intense," the Chinese company admits. That's because fashion designers are now using zippers less as functional tools than as stylish accessories. They've become more visible, on sweaters for instance, and are becoming an integral part of garments, not to mention handbags. 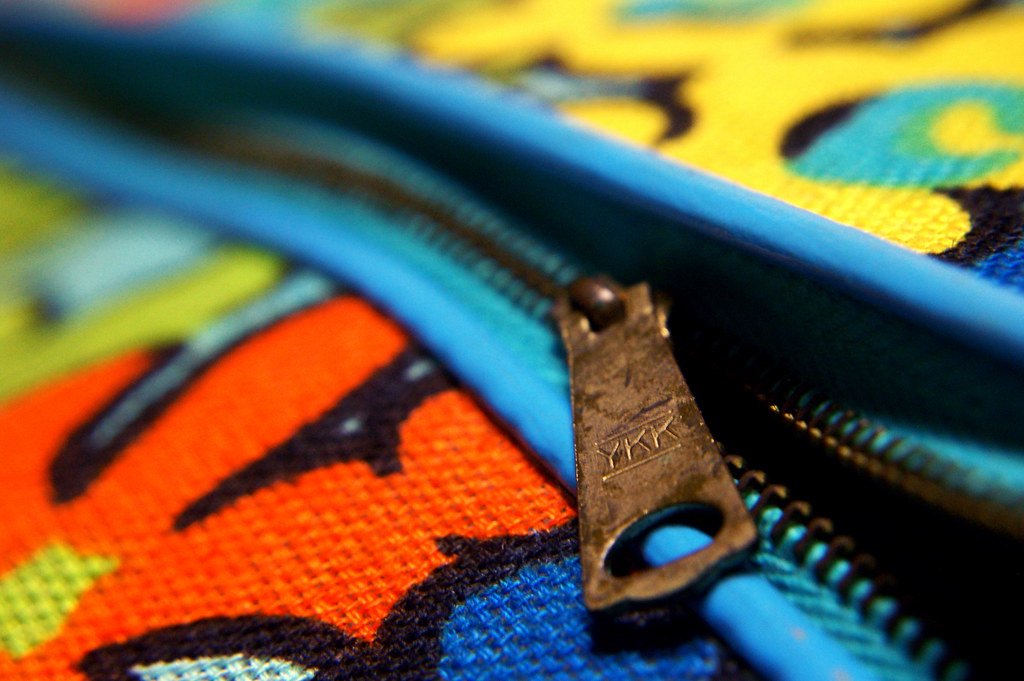 Designers always work with zipper manufacturers to create new styles, new concepts. YKK says that the luxury industry is exactly why the brand has a presence in France. And in December 2015, the Japanese company inaugurated a showroom in Shoreditch, London, a part of the English capital famous for its art galleries and Banksy works.

With this positioning, YKK keeps its distance from SBS but faces entirely different rivalries, among them Riri, an Italian company founded in 1936, two years after YKK, that enjoys incomparable renown in the high-end market. With a sales volume worth $85 million (75% with zippers, 25% with buttons), Riri describes itself as a "small" player compared to its Asian opponents, but it's the undisputed leader in its category, with partnerships with Gucci, Prada, Hermès, Moncler, and others.

To make it in that market, you have to be close to the customer, to create unique pieces. The fabric, the teeth, the slider are all customizable. And the performance is measured by the patents. Riri offers, for instance, waterproof zippers, traction-proof snap buttons, even a zipper that can resist atmospheric agents and was designed with help from University of Applied Sciences and Arts of Southern Switzerland.

Beyond aesthetics, YKK also develops more functional zippers for the European market, especially for the United Kingdom. Examples include ergonomic zippers that better fit body shapes (chins, in particular), and special fast-opening zippers. Over the past fiscal year, the Japanese company spent $180 million on research and development.

SBS also understands the crucial importance of the high-end market. "We're working hard to broaden our offer and fill the gap," Helen He says. In other words, SBS wants to do it like YKK, to file numerous patents and attract important partners, as they did recently with Giorgio Armani. "Of course we're looking at what YKK does," she adds. "Asia-Pacific is the fastest-growing market and YKK is setting up a number of promising strategies."

For now, the Japanese company still has the upper hand in the zipper war. But its main opponent from China isn't backing down. "We're aware of our advantages as well as our potential disadvantage compared to YKK," says He. It's an outlook that brings to mind something else that was "made in China": Sun Tzu's The Art of War. "He who doesn't know his enemy will be defeated," the ancient military treatise cautions.