How Germany Can Profit From Trump's Protectionism

Inside a German car factory in Leipzig - Jan Woitas/DPA/ZUMA

Trump has threatened to levy punitive duties on German car imports. Companies like VW, Mercedes and others need to take that seriously, and come up with a Plan B.

The new president, it appears, does not intend to back off from the threats he uttered during his campaign. The White House website states, for example, that "President Trump is committed to renegotiating NAFTA." NAFTA is the free trade agreement between the U.S., Mexico and Canada that prohibits punitive customs duties on imports from the participating countries. But it is precisely these punitive duties that Trump keeps announcing.

With regards to Germany, Trump has repeatedly demanded, via Twitter as well as in newspaper interviews, that German car manufacturers produce their cars in the U.S. If not, he says he'll impose an import duty of 35%.

BMW wants to build a plant in Mexico. Mercedes is currently in the process of doing so, together with its business partner Nissan. And Audi is already manufacturing cars in Mexico. The majority of the cars produced in Mexico are supposed to be exported to the U.S. But if the punitive duties are applied to the imported cars, few people would be able to afford them any longer. The vehicles would become unsalable.

The "America First" page explains that internationally agreed trade agreements, such as NAFTA, will not stop the new administration from imposing punitive import taxes. "If our partners refuse a renegotiation that gives American workers a fair deal, then the President will give notice of the United States' intent to withdraw from NAFTA," the text reads.

Theoretically speaking, the U.S. can cancel a free trade zone. But this would have to be clarified through negotiations. Further trading hurdles would have to be discussed with the WTO. Still, the U.S. would be able to push some of its demands through after having renegotiated.

It is a lengthy process but, nonetheless, possible. Car manufacturers, to name but one industry, therefore have a period of reprieve before the potential 'execution.' And they should make use of that. "You have to take Donald Trump seriously, very seriously indeed," says auto expert Ferdinand Dudenhöffer. "That man is no paper tiger."

So far, German automakers have responded petulantly or not at all to the Twitter tsunami Trump unleashed regarding possible customs duties. VW, Audi and Mercedes have no intention on commenting on Trump's plans. And BMW said it will stick with its Mexico plans.

But the car industry will need a Plan B in case the U.S. does eventually raise a customs wall. The problem is that production in the U.S. is simply too expensive, especially compared to Mexico, where conveyor belt operators, for example, earn even less than their Chinese counterparts.

If the Mexican option is no longer available, the only realistic alternative for German car makers is a return to car construction kits, so-called CKD production. CKD means "Completely Knocked Down." In this process, cars are manufactured and delivered to certain markets as prefabricated kits that are then assembled at the final destination.

This production process has existed for years and car manufacturers fall back on it when they enter a market that does not warrant its own production sites, if the situation is unstable, or more flexibility is needed. It is also used in places where import duties are too high, because with CKD car kits, customs are only applied to the parts of the kits, not the entire car. 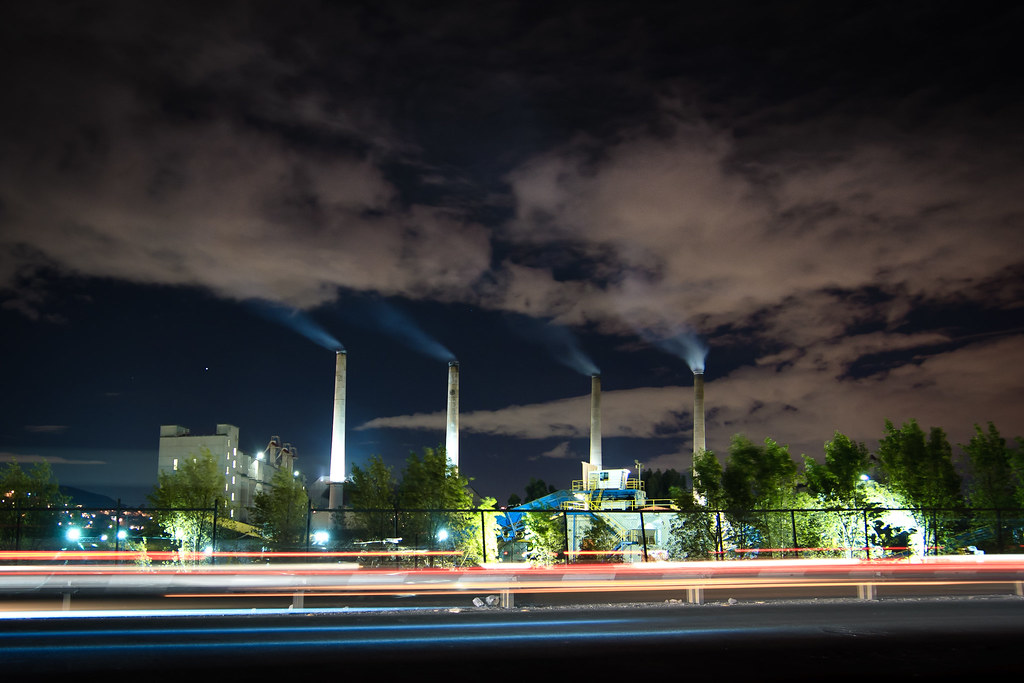 A factory in Mexico — Photo: FreemanAMG

CKD production enables manufacturers to reach the desired number of units fast and keeps production costs down. The production sites and local regions in which the parent companies (VW, Audi, BMW and Mercedes) are located profit from this because this is where the majority of the CKD cars would be produced. This would mean more work for these sites, more workers needed and suppliers providing more materials.

In the end, Germany would actually have an advantage as a car manufacturing country through Trump's anti-free-trade stance. And the U.S. would be left empty-handed. The job regeneration ordered from on high would not come to pass and Trump would not be able to do anything about it or legislate a law against this solution. It would be a paradigm change for the German car industry seeing as only 40% of the cars sold by German car companies are currently produced in Germany itself. The rest are built in cheaper locations abroad.

Time is of the essence

In any case, German car manufacturers, which have already been losing market share in the U.S., will have to react to Trump's threats given the potential consequences of punitive customs. If not, "they could take a nosedive," says Ferdinand Dudenhöffer.

The auto industry expert thinks that CKD production is the only feasible solution to the problem. "It would create a few jobs in the country of sale, which is a political statement. But the cost structure would be manageable as well," he says.

There would, however, be one disadvantage to CKD manufacturing. German cars would become a little more expensive in the county of sale due to the transport costs that would to be added to the retail price. But with all the new jobs Trump plans to create, Dudenhöffer expects that American consumers "will be able to handle" the price hike.

At any rate, German auto makers ought to act sooner rather than later, he urges. "Those who are late with their planning for CKD production will risk further losses in [U.S.] market shares," Dudenhöffer says. "Trump is a man who loves a fast deal."