In the past year, the greater Los Angeles area has seen a surge in the number of Chinese buyers interested in the area's real estate — in particular, those mega-properties valued above the $15 million mark.

The trend has been confirmed by both L.A.'s high-end real estate brokerage firm, John Aaroe Group, which has recently teamed up with Juwai, China's largest online international property search engine and information platform.

"Compared with the same period last year, we have seen our high-end property consultations, in the four quarters of 2015, go up 45%," Aaron Kirman, John Aaroe Group's overseas real estate chairman, told Caixin. "I've currently got a dozen deals in the works between $15 to 135 million. And there have been detailed inquiries on all of them by potential Chinese buyers."

Simon Henry, co-founder of Juwai, noted that as the Chinese economy slows, many of the country's super-rich are reconfiguring their assets and diversifying their investments internationally.

Aaron Kirman says Chinese clients are particularly focused on mega villas above the $10-million-range. The former home of Danny Thomas, for example, is priced at $135 million, because of its capability to increase in value and because of its views.

"Not only do they like Los Angeles' property and lifestyle, but also the investment's long-term security," Kirman said. "Whether it's an apartment or an individual family home, what these buyers want is privacy, a view, supporting facilities, and architectural beauty." 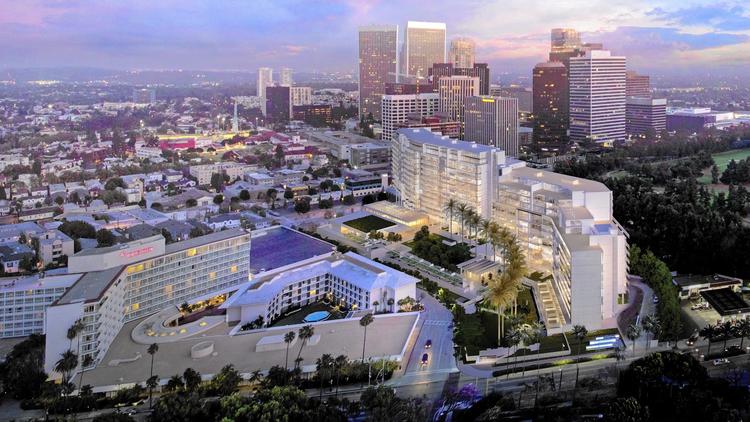 Seeing the market potential, Kirman signed a deal with Juwai to propose Beverly Hills mansions in Chinese language so the wealthy buyers can browse online at ease.

According to a report released in October by Credit Suisse, China ranks second in the number of people with a personal net worth of over $50 million, just behind the United States.

An eye for real estate

However, according to the Juwai, though mainland Chinese buy most of America's luxurious homes, the most liberal with their money remains the Chinese language speakers who are either American citizens or long-time residents.

A survey conducted by the Association of Realtors (NAR) showed that, over the past year, Chinese buyers are the U.S. market's largest group of foreign buyers; while Juwai's data showed that Chinese buyers' overseas property investment has soared from $5 billion in 2010 to $52 billion in 2014, and is predicted to rise to $220 billion by 2020.

Even with the much talked about slowing down of the Chinese economy, Forbes reports that the number of Chinese people with a $31.5 million net worth went up by 57% in 2015.

An industry insider in China said the Chinese government is considering officially lifting the restriction on the export of capital in the next five years. What it means is that the colossal amount of capital bound domestically will be liberated and turned into overseas investment. We can only imagine what that could do to the value of mansions in Beverly Hills.

ABOUT THE SOURCE
All rights reserved © Worldcrunch - in partnership with CAIXINMEDIA

-OpEd- WASHINGTON — For many months on the campaign trail, Donald Trump sent a clear message about his fellow Republicans: Ideologically, I'm not one of them. This wasn't just true on ...

We all have favorite songs we listen to again and again. But there are few things as entertaining as hearing our favorite singers belt their hit tunes in another language. Love "Heroes" by the ...