China, A Global Superpower? Not So Fast

KALAMAZOO — People from China who travel abroad are struck by the stark differences between their countries. In the U.S. and Europe, they probably envy how people live in comfort and are rich enough to engage in arts and public service. These countries in general have more honest and transparent governments, as well as an active and efficient civil society. In Africa and poorer parts of Latin America, they feel thankful for China's economic take-off. They remember how important it is to have an effective market and a promising government.

The Chinese think like this because of their inherent prejudices. Many Latin American countries have a per capita income that's higher than China. Even Greece, a ‘failed country' in our eyes, has more affluent people on average than China. Yet, many Chinese people believe that China's rich are buying up the whole world because of the way the country is portrayed in the media. Some even imagine that China is the world's leader. This is a misunderstanding.

Last August, Financial Times newspaper published an article entitled ‘Redrawing the World Map.' The writer said that "emerging nations" that have reached the $10 trillion investment scale now make up an important part of the world economy. In terms of total debt, share of the global GDP and foreign exchange reserves, emerging markets are performing better than advanced ones. So, the writer pointed out, the world's economic map should be redrawn. Just like the 16th century Italian priests who placed China in the middle of a map of the world, our maps today should emphasize the importance of emerging economies. China would love this idea.

It's difficult to classify the Chinese economy because it's already the world's largest economy in terms of purchasing power parity, as the Financial Times article noted. Yet, in terms of per capita GDP, China is lagging far behind.

China is dwarfed by developed countries in per capita income and on the human development index too. Not many Chinese people are aware of this gap. It's not even fully reflected in the development of foreign and domestic policy.

Does China possess the strength of a global economic power and is it capable of leading international affairs? Compared with advanced countries, there exists some gap at present. For certain hot-blooded people, this is perhaps a cold shower. For the massive middle class that pursues economic and political rights in China and falls short of obtaining this goal, achieving this parity remains a common aspiration. 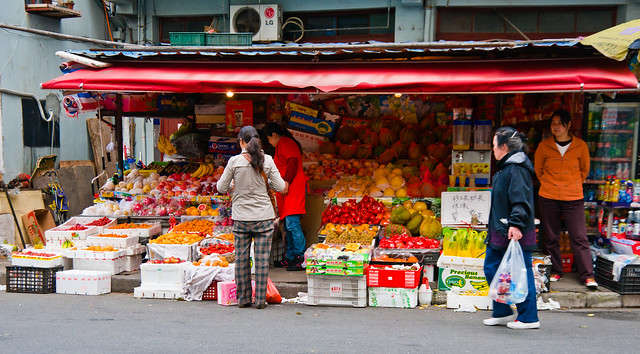 Another index reflects the gap more subtly. A while ago, I visited the Gilmore Car Museum in Kalamazoo, a small town in Michigan, along with businessmen and young leaders from 20 countries. Not only was the museum the first of its kind in the Midwest, we also happened to be there on the occasion of the town's annual vintage car trade show. Owners of old cars gathered from states that surround Michigan. The luscious automobile culture, the meticulous display of its development history and the well-preserved cars of all brands and all eras made me sigh and wonder when China would come up with a similar scene.

Sure, we can look down at cars as just a means of transport. But the technology, resource investment and market development involved reflects a country's hard power.

In the small farmer's market in Kalamazoo, farmers stood behind their stalls and gave a friendly greeting to everybody who walked by. The scene is very different from China's rural markets that I'm familiar with, and even distinct from Istanbul's big bazaar and Cairo's downtown grocery market. There were no dirty broken wood trailers or carts behind these farmers. There were only small vans and pick-ups trucks. The difference between American and Chinese farmers goes beyond this. Farmers in the U.S. enjoy a better income, a better quality of life, a better education and cultural upbringing.

Perhaps China's first-tier city residents have reached the same living standards as these American farmers. But those in lower-tier cities, let alone China's 48 % rural population, still lag far behind them.

If one takes into account the UN Human Development Index, the take-home pay of OECD members, the Gallup median household and per-capita income, and other global evaluation indices, one can see the gap between China and other countries.

Recognizing this development gap is the first step towards bridging it. Over the past 40 years, China's economic performance has attracted worldwide attention. But this gap should stimulate us to run faster still.

*The author is a research fellow at the Unirule Institute of Economics and France's Centre International de Formation Européenne.