Trump Conflict Of Interest On Display In Argentina Resort

PUNTA DEL ESTE — From this Argentine beach resort, it was business as usual this week for the Trump family empire. But the appearance of Eric Trump, the second-born son of the next U.S. President, to promote the family company's new luxury flats in Argentina was also another flash of the unresolved questions about major conflicts of interest that Donald Trump is facing.

The Buenos Aires-based daily Clarin published an interview Friday with the 33-year-old Trump, who denied his father has used his election to promote his businesses. Eric Trump also declared that he would be seeking other opportunities around Latin America, which when combined with North America, was a "bigger market than China."

Eric Trump and his older brother, Donald Trump Jr., were expected to focus largely on the family business, even though both have sit in on policy meetings during the transition period. Among the most cited examples of potential conflicts of interest was the report in November that when Argentine President Mauricio Macri phoned to congratulate Trump on his election, the billionaire asked the Argentine leader to help remove obstacles to building a Trump Tower in Buenos Aires.

In his interview with Clarin, Eric Trump denied that his father and Macri had spoken about a Trump Tower in the capital as reported, though the project was clearly no secret. A hypothetical Trump project in the capital could be either of condos or a hotel, he said, adding that he was certain locals would like it, as shown by the number of wealthy Argentines and Brazilians who had bought units in Trump towers elsewhere in the world. 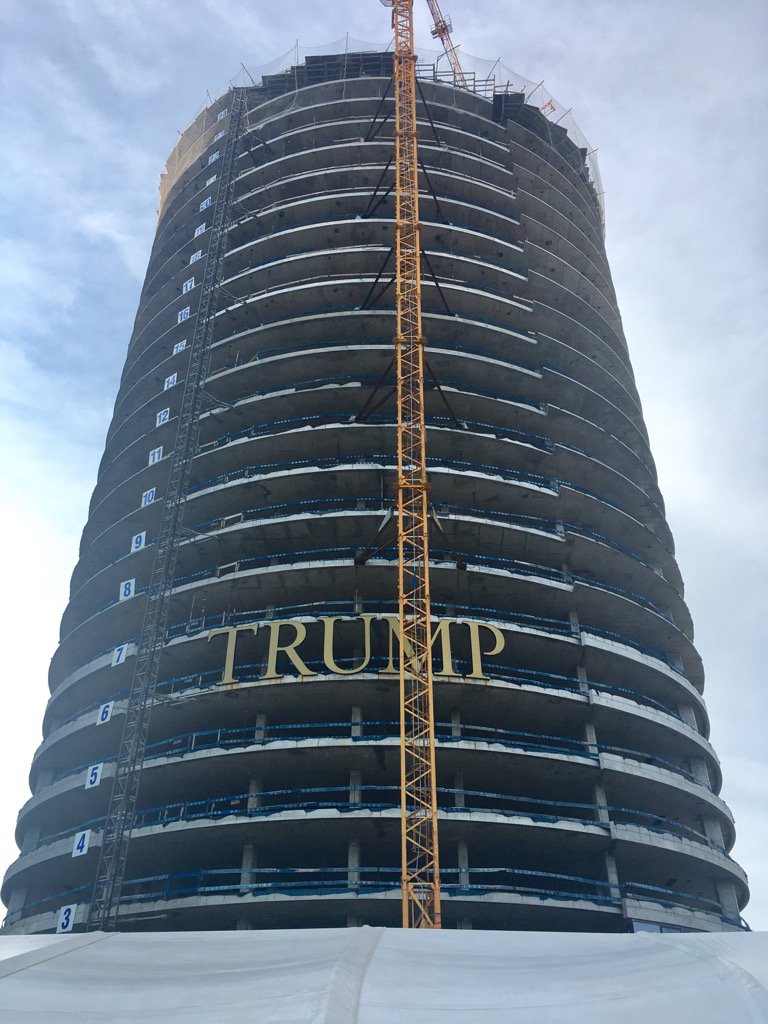 Macri, like Trump, hails from a business background and has vowed to stamp out corruption and curb the ramshackle welfare state. He is also very much interested in boosting ties with the United States, given its crucial importance as an export market for Argentine commodities and farming products. But their mutual interest in boosting business both formally and informally, is what may prove a problem in terms of transparency.

Ahead of his Jan. 20 inauguration, Donald Trump is facing increasing calls to sell off his family assets to avoid conflicts between his business interests and public duties.

On Monday, a letter signed by several prominent Trump supporters urged the incoming president to clearly resolve these conflicts. Conservative activist John Pudner, who signed the letter, told NPR that he had voted for Trump with the understanding that he would clean up Washington. "He made such a theme of things like the revolving door and the ways in which decisions can be influenced, not for the public good," Pudner said. "If you have the presidency and people are going to question every week, 'Why is he making this decision? Is there some business angle on it?' I just think it undercuts so much of the reason that people did support him."

A news conference to address conflicts of interest, which was initially postponed, is planned for Jan. 11, though it could reportedly be delayed again depending upon the advice of Trump's lawyers.