SAFED — Ahmed never gets tired of the view from his hospital room. "It's so peaceful," he says, smiling, as he points to a tree-filled parking lot with a Star of David flag flapping at its center. For the past three months, this young Syrian's world was limited to the muted atmosphere of this room and its large window.

The only traces of his past life are a black woolen hat on his bed and a gym bag in a corner of the room. Wearing a blue and white hospital gown, the boy, just out of his teenage years, carefully combs his jet-black hair. He wears a trimmed beard, short around the chin and longer on the cheeks. "I'm not a jihadist," he quickly adds. "I'm a fighter with the Free Syrian Army."

Last summer, Ahmed and his comrades fought Bashar al-Assad's forces in the outskirts of Quneitra, not far from the old ceasefire line with Israel, when a bomb exploded nearby and tore off his right leg. "I lost consciousness a few moments later as I was being transported to a safer location," he says. When he awoke, he asked to be transferred to one of Israel's hospitals where 2,600 wounded Syrians have been treated since the spring of 2013. An unknown face told him, "You are in Israel."

"Nowhere else to go"

Colonel Alon Galsberg, a military doctor, probably would have rolled his eyes if anybody had told him five years ago that he would be spending most of his time coordinating the treatment of Syrian civilians and rebels hit by shrapnel or too sick to be taken care of in their home country. Having fought in 1948, 1967 and 1973, Israel and Syria are technically still at war although their shared border has seen a long period of calm. 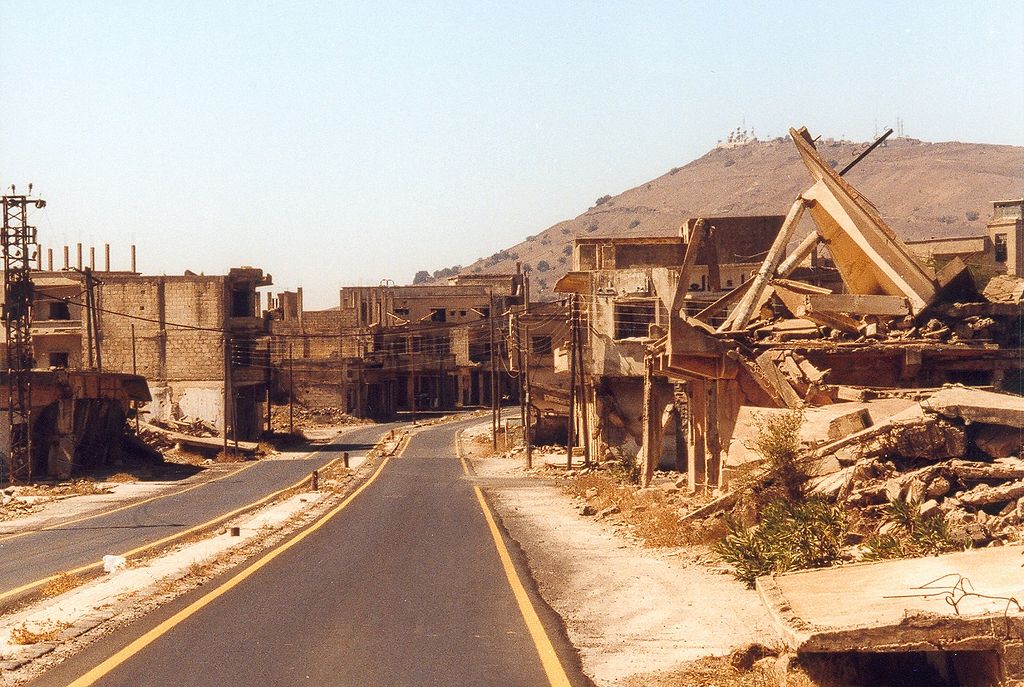 "Everything changed in the early afternoon of Feb. 16, 2013, when a patrol called us to report the presence of seven Syrians lying along the security fence," Galsberg says. "We wondered how we should react until they told us they'd been wounded by the regime forces and had nowhere else to go."

In the following weeks, this strange scenario repeated itself so often that the military chief of staff decided to set up a field hospital near the security fence in the Golan Heights. More than 430 Syrians were eventually treated there, until the army decided on June 13 to close it as it had become too visible. Since then, the castaways from the Syrian conflict have been directly transferred to hospitals in the Israeli cities of Safed, Nahariya, Tiberia and Haifa.

Ayman, 18, had never imagined he would wake up one day in an Israeli hospital. He says he defected from the regular Syrian army to join rebels four years ago and was severely injured by a land-mine explosion. "It was an accident," he mumbles without giving more detail, visibly still in shock.

Both his hands had to be amputated. "Since the war began, everybody knows somebody who's been treated by the Israelis," he says, sitting on his bed on the first floor of the hospital in Safed. "So when the guys from my squad saw the state I was in, they tried their best to bring me here."

Ayman now waits for the doctors to attach prostheses to his stumps. Meanwhile, he kills time reading the Koran and listening to the news about his country on a pocket radio the hospital lent him. His reflex to distrust Israelis, fueled by anti-Israeli propaganda he was exposed to as a child, has gradually abated. "At first, I was scared of everything. I thought the Israelis were going to torture me or poison me. I was brought up to think they were worse than the devil. Then I understood they were taking care of me better than doctors in my own country would have."

The Israeli army says it treats wounded Syrians purely on humanitarian grounds. "We don't ask them where they come from, who they fight or how they can be useful to us," says Galsberg.

It's possible that Israel draws some benefit from this engagement. There are rumors that the Israeli army established a separate communication channel with rebel factions on the Syrian slope of Golan that included jihadists from al-Nusra Front.

These contacts led to good "neighborly relations" that translate not only into preserving relative calm near the border but also keeping away the Lebanese militant group Hezbollah. The Syrian regime has routinely denounced Israel's actions and has accused it of supporting "terrorists."

Some Israeli leaders have called for an expansion of this cooperation, which until now has been done in secret, so as to "win the hearts" of the Syrian population and push their country's interests. "We could play an active part near the border to safeguard the region's control by moderate groups," says Amos Yadlin, former head of Israel's military intelligence and current executive director of Tel Aviv University's Institute for National Security Studies. Yadlin also says he wishes to see his country "get involved a lot more in providing humanitarian aid to the civilian population."

The treatment of the wounded has progressively gone from emergency improvisation to an organized process. The most severe cases are first driven to a Syrian hospital at a secret location before they are transferred toward the border, most often at night. "There was one day in September when we received 25 wounded in one go after the bombing of a health care center in Quneitra," says Galsberg, who had to gather 11 rescue teams and two helicopters at the time. Two young boys were severely burned and had to be transferred to a specialized service at the Tel Hashomer hospital in Tel Aviv.

"Unlike the humanitarian interventions we take part in abroad, taking in these wounded people means we're mobilizing the resources of our own healthcare system, which therefore has an impact on its capacity to take in Israeli patients," says the military doctor. Since last summer, the army has been trying to expand treatment offered by organizing a bus transfer of Syrian patients whose lives aren't at risk, so they can be seen at the hospital in Safed.

"Several hundred civilians, especially children, were transported from the border and taken back the same evening," a senior military source says. Prime Minister Benjamin Netanyahu wants to go even further. "I've asked the foreign ministry to seek ways to expand our medical assistance to the civilian casualties of the Syrian tragedy, specifically in Aleppo, where we're prepared to take in wounded women and children and also men if they're not combatants," he said recently. "We'd like to do that: Bring them to Israel, take care of them in our hospitals."

One sunny December afternoon, six Syrian fighters convalesce in the hospital in Safed. All claim to be from the Free Syrian Army and say they reject terror group ISIS. In June 2015, the evacuation of fighters affiliated with al-Nusra angered the Druze minority from the Golan occupied by Israel, as they suspected the group of threatening their community in Syria. A few dozen of them attacked an ambulance transporting two wounded Syrians as it crossed the small town of Majdal Shams. One of the patients was lynched.

"I was injured fighting ISIS," says Mohammed, trying to quickly brush aside any suspicion that he colluded with jihadists. The 27-year-old bearded fighter who sports a blue tattoo on his left arm comes from Daraa. About a year ago, his friends persuaded him to join the rebellion. His right tibia, destroyed by a bomb in September, is encased in steel. "I can't wait to go back to my wife," he says, aware that his recovery will still take weeks.

"All the wounded who come here, whatever their condition, say they want to die in their country," says Fares Issa, a social worker assigned to Syrian patients.

"Israel is doing a lot to help us and we won't forget it," says Mohammed. But he also wants Israel to do more. "Why not give us weapons?" he asks.

In the next room, young Ahmed also struggles to hide his impatience. As soon as his condition allows it, the doctors have promised to put a prosthesis on his lower limbs. Then, he hopes to return to anti-Bashar rebel forces in Syria. "Take a picture of me," he says, laughing at precautions the hospital's staff take to keep the identities of Syrian patients secret. "What on earth would I have to hide? Of course, if ISIS or the regime find me, I'll be in for a rough time. So what? We're all fighting to the death anyway..."

NABLUS — The historic West Bank city of Nablus spreads out in front of Mount Gerizim, also ...

Netanyahu, The Real Master Of Populism

Right-wing populists are advancing in every corner of the world, but let's not forget the Israeli...