How Syrian Refugees Made It To Mecca For Hajj Pilgrimage

There is an economic explanation for why more Syrian refugee families in Jordan were able to make it to Mecca this year.

ZAATARI REFUGEE CAMP — Ghazia Jaber hasn't had much cause for celebration since the start of the Syrian civil war. The 60-year-old widow and mother of eight escaped with her family from their native Daraa after the southern Syrian city became the target of a bombing offensive in 2013. The family, along with more than 80,000 Syrians, are now living in this overcrowded refugee camp just eight miles from the Syrian border.

But in the midst of this tumult, Jaber got an opportunity she never expected: She was able to leave the camp and all the hardship behind for a week to make the Islamic Hajj pilgrimage to Mecca.

"When they told me, I couldn't contain my joy," she said shortly before her departure for Saudi Arabia. "It was the happiest day of my life."

Jaber's four sons had surprised her by pooling their savings and submitting the paperwork necessary to ensure that Jaber could make the trip to Mecca. The plan was hatched two years ago when Jaber experienced a stroke shortly after the family's escape from Syria, said her youngest son Ahmed Albaker.

"She worked hard to raise us and I was afraid she'd die before she was able to fulfill this pillar of Islam she's been praying her entire life to be able to do," he said.

Jaber, who left for Mecca last week with Albaker, is among a handful of Syrian refugees living in Zaatari who made the pilgrimage this year. The ritual, one of the most important within the Islamic faith, has taken on a greater significance for Syrians who have experienced years of war but whose lives as refugees have made the Hajj a major financial burden. 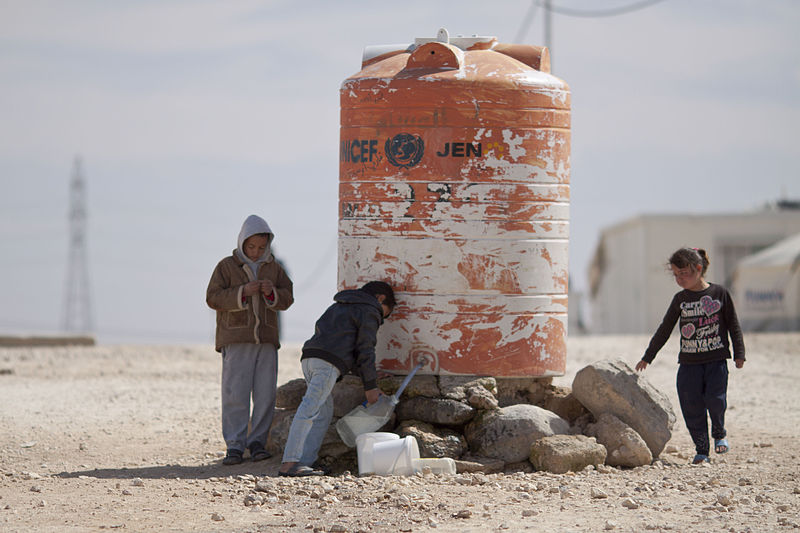 The five-day-long pilgrimage began last Friday and ended Wednesday. The rituals of the Hajj, which include circumambulating the Kaaba in Mecca, are seen by Muslims as a way of attaining spiritual renewal and a closer connection to God.

Albaker brought with him a list of all the people he needs to pray for during his pilgrimage. "Before the crisis, I would have just prayed for my family," Albaker said. "But now, I can't only pray for them but for all of the Syrian people and for refugees everywhere. There are so many people I need to pray for."

All able-bodied Muslims are required to make the Hajj once in their lifetime. But fulfilling the requirement can be a challenging financial and logistical prospect for refugees. In Jordan, more than 80% of Syrian refugees live below the poverty line, according to Amnesty International. Limited financial resources preclude many refugees from considering expenditure beyond the bare necessities.

Jaber lamented the way that this subsistence mentality among refugees has effectively erased the Hajj as a consideration for many in the camps. Because of the circumstances, she said, "it's as though people have canceled this pillar of Islam."

Hajj is the fifth of Islam's five pillars, following belief in God, prayer, fasting and almsgiving. Muslims who are not physically or financially able to make the trip to Mecca are exempt from the requirement. The exemption, however, does not prevent refugees who are struggling financially from yearning to make the trip.

A representative from the Jordanian Ministry of Islamic Affairs said the agency estimates that around 2,000 Syrian refugees from across the country made the holy pilgrimage.

Among them will be the 60 Syrian refugees living in Zaatari who registered to go on the Hajj this year, according to numbers from the Syrian Refugee Affairs Directorate, the Jordanian agency tasked with overseeing the camps and facilitating the Hajj process for residents. The number is a notable increase from previous years, according to Moh'd Al-Taher, an officer with the United Nations Refugee Agency in Zaatari. 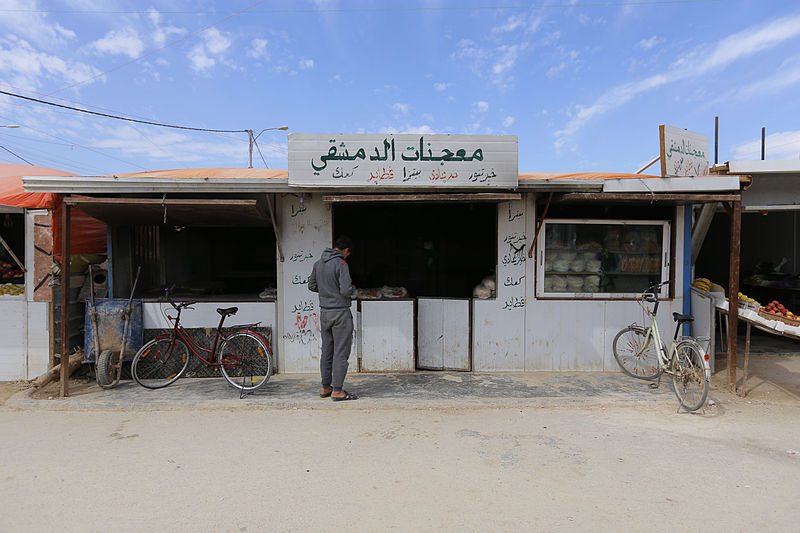 A bakery inside the Zaatari camp — Photo: Mustafa Bader

Having a source of income within the camp is one of the factors that has contributed to rising demand to make the pilgrimage among refugees in Zaatari, Abdulmonim Bdewy, a religious leader in the camp, told Syria Deeply.

Amid the rows of Zaatari's prefabricated trailers and tents are an estimated 2,500 shops that contribute to the nearly $14 million economy generated monthly by the camp. One of the camp's busiest streets, nicknamed the "Champs Elysees" by aid workers, is lined with everything from bakeries and shawarma stands to bridal shops and beauty parlors.

As a result, Bdewy said, some families are finally able to afford the Hajj. They have found ways to build small businesses or have received remittances from family members in Europe. But even with greater employment opportunities, most of the camp's residents are dependent on food vouchers and other supplies provided by the United Nations and are not able to afford the $2,000 minimum price tag quoted to refugee families going on the Hajj trip.

Jaber and her family are among those who have been able to start a small business at the Zaatari camp. They make money running a small grocery kiosk along one of the camp's dusty roads. Biscuits, candy and other non-perishables line the kiosk's few shelves, while a refrigeration unit in the corner displays a limited variety of sodas and juice. An embossed copy of the Koran lies next to the large tin can that functions as a cash register.

Albaker, who was a student of Islamic jurisprudence back in Syria, splits his time at Zaatari between managing the kiosk and preaching at the nearby mosque. The sense of stability fostered by three years of life at the camp has also contributed to the decision to fulfill the religious obligation, despite his family's limited financial resources, Albaker explained. "For me, Hajj is priceless, it can't be valued," he said. "You feel something is calling you there. It's emotional. If God takes my life after I come from Hajj, then fine. I'll have accomplished what I needed."

From Nazis To ISIS, Facing Our Own Thirst For Vengeance

The way ISIS shocks us with its evil prompts fantasies of retaliation. How can we make these thoughts subside? What does it take not to lose our own civilization? Confessions of a monster.

In Jordan, Thirst For ISIS Revenge Unites People And King

From the capital to the native village of the pilot who was burned alive by ISIS, Jordanians of all tribes and places may mark the first major national Arab movement against the jihadist group.