Here is a preview of our exclusive newsletter to keep up-to-date and stay inspired by Smart City innovations from around the world. 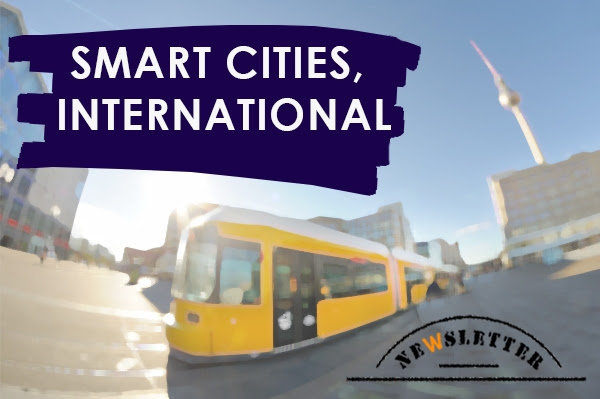 While historically cities have tended to develop haphazardly, there is now a general consensus that a city benefits if it evolves according to a guiding vision. And the smarter the vision, the better the evolution. But we all know that beyond the intelligence, there are competing agendas: Like with any complex system, the rules and regulations for transportation, housing, businesses and everything else are shaped by the opinions and interests of the people making them.

This week, in addition to other smart city news, we will look at two perspectives on who does — and does not — typically benefit from the choices made by cities planners, with regards to class, gender and age. Along the way, we'll also look at a new way to visualize cities' futures and how some hope open data can help eventually eliminate corruption.

VISUALIZING THE FUTURE
In Berlin, there is a new way to envision our future cities: the Brainbox. The Brainbox looks a bit like an art installation. It is about ten meters high, and the interior walls can be used as screens where videos or three-D models of the city are projected. In the center is a large table that doubles as a touchscreen and can be used to discuss city planning, Berliner Zeitung reports (German). But to its creator, the Brainbox is about much more than a new way for planners to visualize the city: He hopes the Brainbox will be permanently located somewhere where the public can access and interact with the models of the future — as well as use it audio/video capabilities for other purposes, like music and dance shows.

VERBATIM
"We are all ready to share our data. What's important is that citizens know when and to what ends the data is being used," Arvind Satyam, an expert in business development and the Internet of Things at CISCO Systems, told Atelier.net (French). Satyam added that he thought people now believe that sharing their data has real benefits for themselves and society, particularly regarding traffic management.

SMART KIEV
The Ukrainian capital has major plans to transform into a smart city, though much is still on the drawing board as the conflict with neighboring Russia continues. But a first step has been taken, which has real political implications: Kiev is set to begin releasing its municipal budget electronically, in a format that is easy for citizens to access, Kiev Vlast reports (Russian). The mayor of Kiev says that this system is above all aimed at helping to eradicate corruption.

HOW URBAN PLANNING CAN HELP OR HARM THE POOR
Urban planning does not necessarily have a clear history of making life better for Africa's poor. In fact, it is often just the opposite. For decades, urban planning models adapted from Europe were used as justification for evicting millions of residents in informal settlements, and were generally seen as a weapon for the rich to wield against the poor. But the Department of Urban and Regional Planning at the University of Nairobi hopes to change that, and to focus on using the tools of urban planning to improve the lot for the poorest inhabitants in the city, Africa Research Institute reports. Nairobi will soon be announcing its new master city plan — the first since 1973 — with a stated aim of treating the needs of the most destitute as a central concern, not a peripheral annoyance.

SPOTLIGHT BOGOTA
Bogota has been making news in terms of human-friendly development, becoming a leader not only in Latin America but in the world. The city recently transitioned its bus system to a smart, rapid-bus-transit system called the Transmilenio, and is planning construction on a metro system. Bogota has also 376 kilometers of bike routes and a network of streets that close to cars on Sundays.

SUBSTANDARD LANDFILLS
Experts say that there are more than 10,000 unregulated, illegal landfills in urban areas around China. The country faces apathy among local officials about waste-collection and a lack of political will to dedicate funds towards cleaning up landfills and ensuring well-regulated capacity to handle the trash volume, Caixin reports(Chinese). Too often in the illegal sites, heavy metals seep into the soil and groundwater, emit noxious fumes and are an explosion hazard. So far, Beijing is the only Chinese city to face the problem — and even the capital hasn't cleared all illegal landfills, though it started to clear them in 2006, before the Olympics. Beijing also still doesn't sent 100% of new trash to legal landfills, so new illegal ones are popping up even as the old ones are cleared or improved.

This is an excerpt of our Smart Cities newsletter. To receive the full version each week, go to VIP signup here.

We may be in technology's heydey, but as some of the 20th century's great writers feared, ours is turning out to be a dismal time for empathy and imagination, Valentina Coccia writes in El Espectador.

Beyond the Filippino leader's inciting vigilante killings of drug dealers, Colombian leaders who have long battled the narcotics trade might study his other ideas.