View from inside a tuk-tuk in Jalalabad, Afghanistan - Peretz Partensky
Mudassar Shah
KBR
2016-05-09

JALALABAD — It's early morning in Jalalabad, eastern Afghanistan. Haroon Sarwari, 17, and Manzoor Ali, 18, are wearing their backpacks and walking quickly to get a taxi to reach Kabul on time.

These close friends have laid out plans to travel to Europe illegally with the help of a smuggling agent. Haroon's cousins managed to get to Germany three months before, so his father, Sarwar Khan, supports the plan.

"My father sold a few of his cows and borrowed some money from his friends to send me to Europe," the teenager explains. "He has already agreed with the agent on how much to pay."

Sarwar Khan admits, nevertheless, that it's been a difficult decision. "Children are part of the body and soul, but I needed to do this. The security situation in the country is not good and there are no jobs," he says. "The agent told me that Haroon would reach Europe in about three months because the roads are very dangerous."

Haroon and Manzoor are energetic, happy and anxious during the three-hour-long drive from Jalalabad to Kabul. They spend the entire time talking about what their life in Germany will be like. They say they will take any job, from washing dishes to cleaning toilets. At no point, though, do they talk about the hardships they might endure, or how risky the journey there will be.

Later that afternoon, in the capital, hundreds of Afghans, mostly young people, are queuing for their electronic passports, testament to just how difficult conditions are in the war-torn, economically depressed nation.

On the Jalalabad to Kabul highway — Photo: Peretz Partensky

A survey in December 2015, conducted jointly by the United Nations Refugee Agency (UNRA) and the Afghanistan Research and Evaluation Unit, or AREU, found that poverty, insecurity and unemployment are the main reasons driving Afghan youth to immigrate illegally. The Afghan government recently announced that 250,000 Afghans have been registered as refugees in developed countries.

"One of the common points that we found in our research is that people who cross borders illegally face extremely difficult situations from both human trafficking agents and the police," says Dr. Sayed Mahdi Mosawi, a senior researcher with the AREU. "Police severely beat and punish illegal immigrants, even kill them in some cases."

By some estimates there are only about 3 million jobs in Afghanistan for an eligible workforce of approximately 16 million. The AREU researcher says more jobs would encourage young Afghans to stay at home.

In Kabul, finding an agent to arrange illegal passage is relatively easy. But the services aren't cheap. Agents charge between $5,000 and $12,000, depending on the routes and destination countries. Ramin Jan, an agent I met on a roadside in Jalalabad city, says England is the most expensive destination, with a going smuggler's rate of $12,000. 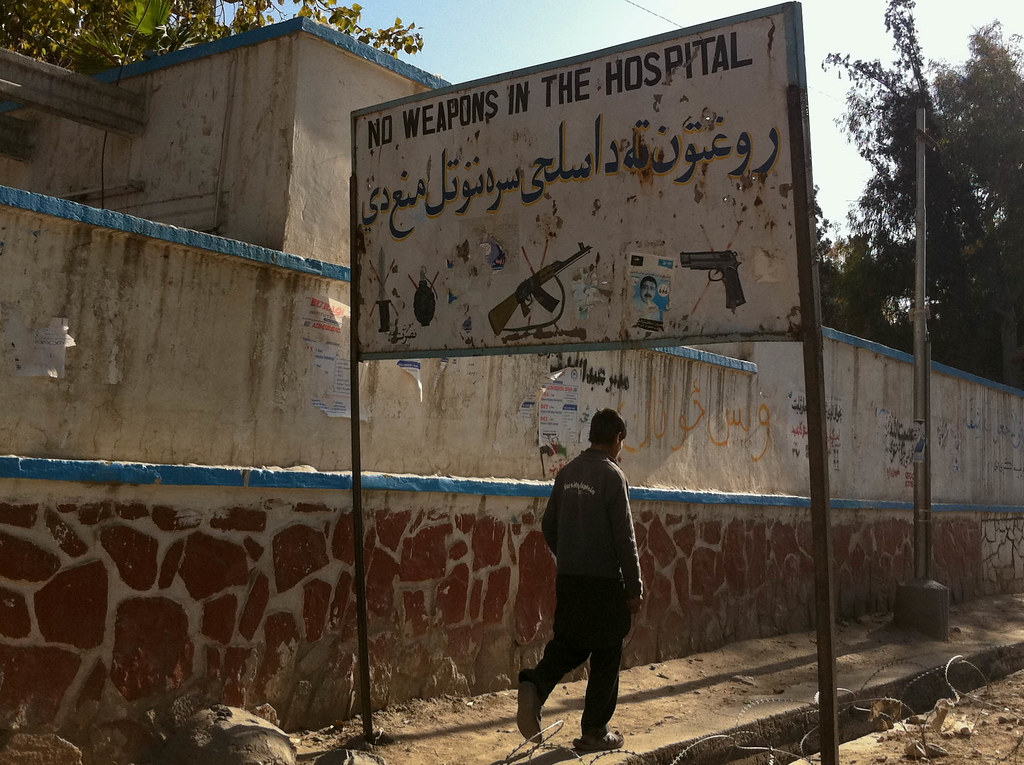 "We have a network of agents," Ramin, who is not yet 30, explains. "We take people from western Afghanistan to Iran and then to Turkey. Our main duty is to hand our people over to an agent in Turkey. That person is then responsible for the rest of the trip into the different European countries."

Sharifa Omeri lost her son eight months ago when he tried to reach Europe by way of Iran and Turkey. He was shot dead while running from Iranian border police. Sharifa says that since then, time seems to have stopped. She also says that the journey wasn't worth the risk. "I wish I never allowed him to leave the country, that I had stopped him by force so I would not have lost him," she says.

The Afghan government is trying to send the same message, and promises to crack down on smugglers. But unless it can provide more jobs, the government's warnings are likely to fall on deaf ears.

ABOUT THE SOURCE
All rights reserved © Worldcrunch - in partnership with KBR

In Afghanistan, Fighting To End Slavery Of Virgin Girls

"Baad" is a tribal tradition through which a woman is offered as compensation if her relative commits a crime.

Thousands of Afghans are making their way home after years and years living as refugees in neighboring Pakistan. For many of the migrants, their native country is now a foreign place.