Can A Bottled Spray Ensure That Your Lover Stays Faithful?

GENEVA — Beloved French singer Edith Piaf probably wasn't aware of it but what made her see "La Vie en Rose," or life through rose-tinted glasses, as she sings in one of her most famous love songs, could have just been a rush of phenylethylamine or oxytocin.

Several types of hormones are released when a person falls in love. The brain produces vast amounts of phenylethylamine, or PEA, a hormone as addictive as drugs, which provokes a state of ecstasy, euphoria and hyperactivity.

If you believe that your new partner is perfect, blame it on the PEA.

"PEA alters reality," says Anouk Truchot, a relationship therapist. "It gives people the illusion that they are one, that they'll never be any conflict. When the hormone release reduces, the relationship can continue to function well as long as the couple does their best to continue what worked in the beginning and is aware of what really matters."

That's when dopamine, another hormone linked to pleasure, takes over. "This hormone provokes a strong stimulation that the brain will seek. It explains certain unreasonable behaviors such as â€˜rebounds' despite difficulties in a relationship or a breakup, a little like relapse for alcoholics," says Patrik Vuilleumier, a professor in the neuroscience department at the University Hospital of Geneva.

With oxytocin, the relationship enters the phase of stability and long-term attachment. It's oxytocin that decides whether we have monogamous tendencies. 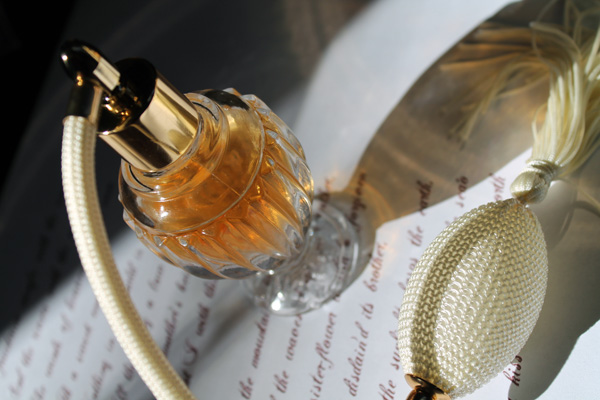 Women's bodies secrete oxytocin during when they give birth — it triggers contractions — as well during breastfeeding, which is believed to stimulate attachment to the baby. Oxytocin is reproduced in the form of a nasal spray to stimulate milk production in mothers. But this hormone is also released in women during sexual intercourse.

Can this spray, which is available over the counter, also then guarantee the attachment and loyalty of your partner? A little spurt on the pillow before going to bed?

"In theory, yes," says Vuilleumier. "Conversely, in case of a difficult breakup, we could prescribe chemicals that would block the pain inflicted by the separation. This is part of ongoing scientific research."

Truchot refers to Gary Chapman's The Five Love Languages that notes down actions that make one feel loved and secure — physical touch, words of affirmation, quality time together, gifts (of course) and help, like changing the tires of your loved one's car.

"A man once told me, â€˜If only I'd known during all these years that all I had to do to make love to my wife was to vacuum'," Truchot recalls.

"It's about chemistry," says Vuilleumier. "And when you get the right cocktail, it's good."

Eureka! The Secret Sauce Behind Creativity

PARIS — Employers have been placing a premium on creativity these last few years. They fight to get the so-called creative workers — those who are open-minded, bold, and curious. Those who ...

The Thyon tourism office rents innovative "tiny houses" to ski vacationers: 56 square feet, fun and environmentally friendly. But it's not so simple.