BIALYSTOK — There are plenty of cities in Poland that have something to hide. Bialystok is one of them. That's where 80,000 Jews disappeared. Twice. The first time was during World War II; the second time, right after the War, when residents desecrated the Jewish cemetery and used it in the winter for riding their sleds in the snow.

When there is something to hide, it creates the obsession to conceal the trails that might lead to the secret — what nowadays is called taking care of one's public image. Bialystok has spent millions on billboards promoting multiculturalism and on advertisements saying the city is particularly clean and quiet. One day, when swastikas showed up near the billboards, they were covered up and cleaned off with the money from the advertising fund. The municipal authorities would all claim in unison that the swastikas were an attack on the city's image.

How then, is Bialystok (a city of nearly 300,000 in northeastern Poland) different from the rest of this country? Here is one way: A religion instructor in the city made students draw pictures of tanks adorned with a Star of David coming toward the Poland border. But when the incident came to light, the school principal was less interested in the teacher's actions than in "the traitor" who dared expose the school's dirty laundry. 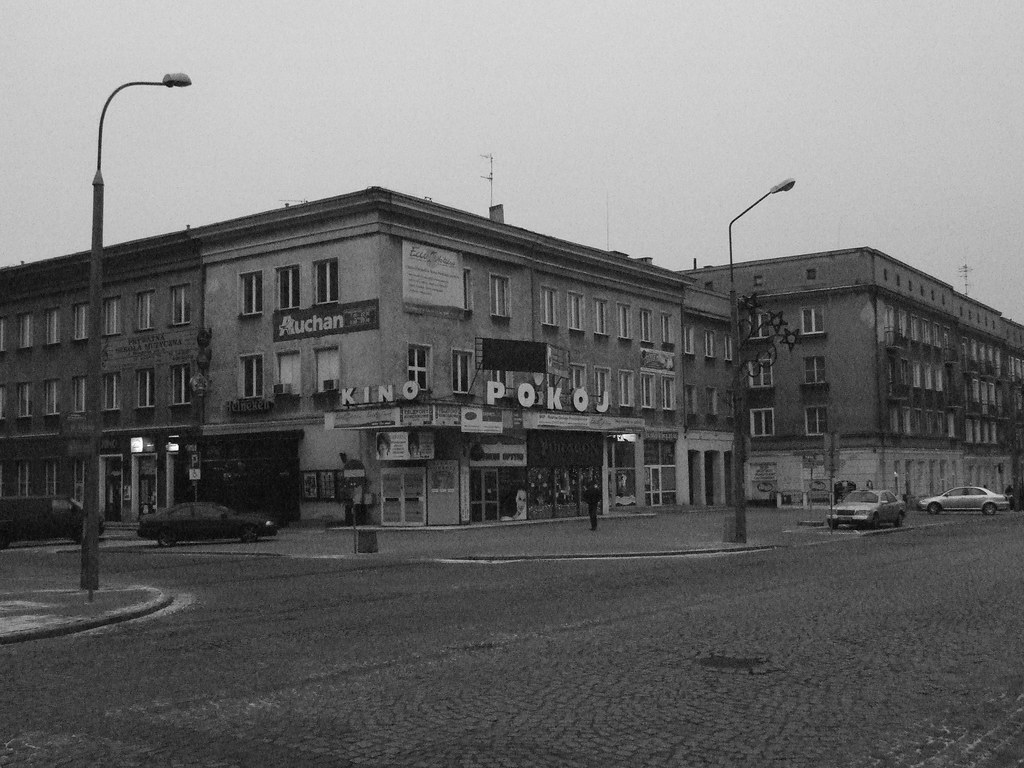 In the streets of Bialystok — Photo: Jerzy Kociatkjewicz

What we're discovering is that Bialystok hasn't really changed all that much. Only now, the hate chiseled on the faces of young men shouting fascist slogans isn't even covered by ski masks. Because nobody is ashamed of their fascist hatred any more. Such public cover comes from various members of Parliament: people like Zbigniew Ziobro or Pawel Zalewski — intellectually limited apparatchiks or cynical careerists, who know that the only way to get promoted is to climb the Party's ladder.

There is also the Bialystok attorney for whom the swastika is a "Hindu symbol of happiness," or his colleague, who saw in it the "Slavic sign." In that they're not so different than Adam S., aka "Staszyn," the chief of the city's fascist hit squads who has swastikas tattooed on his back. The difference is that "Staszyn" was told by his parents about "those Jews," and the attorney might have been told about it on the phone from party headquarters. Either way, they play for the same team: For more and more people here, the swastika is considered a perfectly acceptable symbol.

But Bialystok has a different history as well, and it includes Ludwik Zamenhof. In the early days of the 20th century, this exceptionally sensitive teenager witnessed the beatings of Jews at the Bialystok market, but also of Poles, Germans and Russians. He dreamed of world unity by way of a common language: Esperanto.

It's a shame that neither The Beatles nor Hollywood producers ever picked up on the idea of this world language. As such, the boy's invention was relegated to the whims of just a few cosmopolitan enthusiasts.

Zamenhof was also unlucky that he was a Jew. His own French colleagues in the Esperanto movement reproached him for it nearly 100 years ago; and today a Bialystok city council member says Zamenhof's very idea is a "threat to Christianity." What is that idea? Humanity: that we should strive to live in peace with others.

Recorded in Esperanto language on a golden record, the idea was sent up into space in the 1970s with the Voyager space probe, to say hello to foreign civilizations. The message has long since passed into the outer solar system, drifting ever further away from Bialystok, Poland, Europe ...

Choking In Pollution, Poland Says Coal Is Not A Problem

-Analysis- WARSAW — For the Polish government, coal is nothing to worry about. Sixteen ...

WARSAW — Jakub Kwiecins and Dawid had been together for nearly seven years, living rather ...