What Companies Get Hit If Trump Aims Protectionism At China

If Washington cracks down on Chinese imports, Beijing is sure to respond in kind. Companies that would suffer include makers of everything from sneakers to semi-conductors.

HONG KONG — With the arrival of China-bashing Donald Trump as president in the White House, analysts are drawing up lists of winners and losers from any eruption of tensions between the world's top two economies.

It's still far from clear how plans will shape up under Trump, who on the campaign trail blasted trade deals with China that generated record U.S. deficits. What is clear: China will retaliate against any protectionist steps — not only are there reported contingency plans, but the historical example of measures against Japan when tensions flared in 2012.

Widespread boycotts of American products in China could hit brands including Nike, General Motors, Ford and Tiffany & Co., while U.S. sanctions would put Chinese electronics exporters such as Lenovo Group and ZTE Corp. under pressure, according to Credit Suisse Group. Domestic competitors stand to gain from diminished commerce.

"Most people I talk to tend not to think a trade war is the base-case scenario — they treat it as a black swan event," Hao Hong, an analyst at Bocom International Holdings based in Hong Kong, said in a phone interview. "I think the possibility is much larger."

Trump has pledged to use "every lawful presidential power to remedy trade disputes" with China, including tariffs. He once broached a tax of 45 percent on Chinese imports, then denied bringing it up. After the presidential inauguration Jan. 20, the Global Times, a Chinese newspaper run by the Communist Party, said Trump's speech signaled a "high possibility" of trade frictions.

The MSCI China Index could fall by as much as 30 percent from current levels if the U.S. and China impose 45 percent tariffs on each other, according to Jonathan Garner, a Morgan Stanley strategist based in Hong Kong. In the case of more modest 5 percent tariffs, the Chinese index would be little changed from current levels, according to Garner. Last month, Garner was a bull on China shares, seeing the Shanghai Composite rising to as high as 4,400 this year. The gauge rose 0.4% to 3,136.78 on Monday.

Bocom's Hong expects the benchmark Shanghai Composite Index to quickly fall below 2,800 under a full-blown trade war scenario — about a 10% slide from current levels. The U.S. S&P 500 index is "too bullish" and has gotten ahead of itself since Trump's November election, Hong said. In December, he said his model projected the Shanghai benchmark would trade this year in a range 500 points higher or lower than 3,300.

From China's perspective, producers of consumer electronics, apparel and household appliances could be among the biggest victims should trade disputes heat up, thanks to their big revenue exposure to American customers, according to Reto Hess, head of global equity research at Credit Suisse.

Companies including wireless technology firm GoerTek Inc. and apparel maker Regina Miracle International Holdings earn more than 70 percent of their revenue from the U.S., the most among stocks in the MSCI China and Hong Kong indexes, according to Morgan Stanley.

If Chinese consumers did boycott U.S. brands — as they did to the Japanese in 2012 over a territorial dispute — domestic producers such as carmaker BYD Co. and sportswear maker Anta Sports Products Ltd. would benefit, Credit Suisse's Hess said.

Foreign, non-American brands could also win market share as a more attractive third alternative. "Chinese consumers might decide to buy a German instead of a U.S. car, or buy an Adidas shirt instead of a Nike shirt," Hess said. 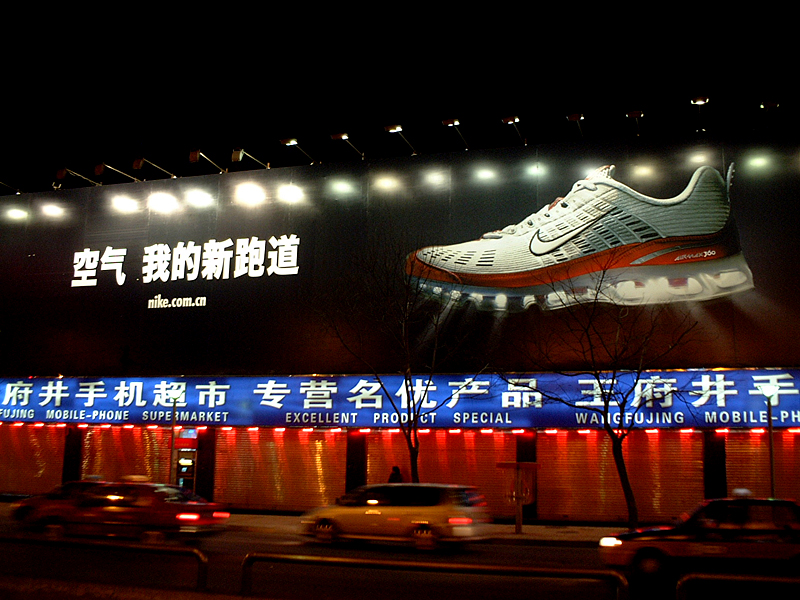 Overall, U.S. equities have more to lose than their Chinese counterparts in a trade war, at least in the view of Morgan Stanley's Garner. While almost 10% of companies in the MSCI U.S. index derive at least a tenth of their sales from China, less than 2 percent of firms in China can say the same about the U.S., according to Morgan Stanley.

In a "grand bargain" in which the two sides hug instead of butt heads, Garner sees the biggest beneficiaries being Chinese energy, entertainment, technology and tourism companies, along with U.S. telecommunications and semiconductor businesses.

A positive scenario is hard to envisage for those focused on Trump's warnings on the campaign trail.

"It's very difficult to see the Trump administration not doing anything," said David Cui, a Bank of America Corp. strategist based in Singapore who has been a long-term bear on the China market. "If tensions start to build up, most likely the related stocks will get sold off."