NORILSK — The belly of Mother Russia is most fertile 1,000 meters underground and 300 kilometers north of the polar circle. Outside, the temperature can drop as low as -60 degrees Fahrenheit. But down below, it's warm and moist. And the walls shine. The blocks that detach themselves as bulldozers strike the stone are loaded with precious and semi-precious metals: nickel, copper, palladium and platinum.

In the "Skalista" mine, in Norilsk, monstrous machines stride along a maze of tunnels that will soon reach 2,000 meters below ground level. The sound of the machines shaving off the walls is terrible. Danger is omnipresent. "The worst thing is the fires," explains Ivan Grinchuk, lead engineer at the mining group Komsomolsky, an affiliate of Norilsk Nickel.

This year, at least four miners have lost their lives in accidents. "What can I say? That's how mining is. It's the same all over the world," says Grinchuk, who's been working in Norilsk for 20 years. "It was a lot worse in the 1960s," he adds. Grinchuk says the accidents are often caused by drunk workers. "When that's the case," he explains, "their families don't get any compensation payments."

Conditions are tough on the surface too, where the ore, after it's been extracted from the depths of the earth, is sorted and sent to nearby copper or nickel foundries. The area is home to approximately 170,000 people, all exposed to the very high emissions of sulfur dioxide. There is almost no vegetation to be seen in the 30 kilometers around the gigantic smelting plant. Opened in 1942, the plant was closed by Norilsk Nickel in September because it couldn't keep within acceptable environmental norms. Its blackened carcass now looks down on a city blanketed in snow nine out of 12 months. 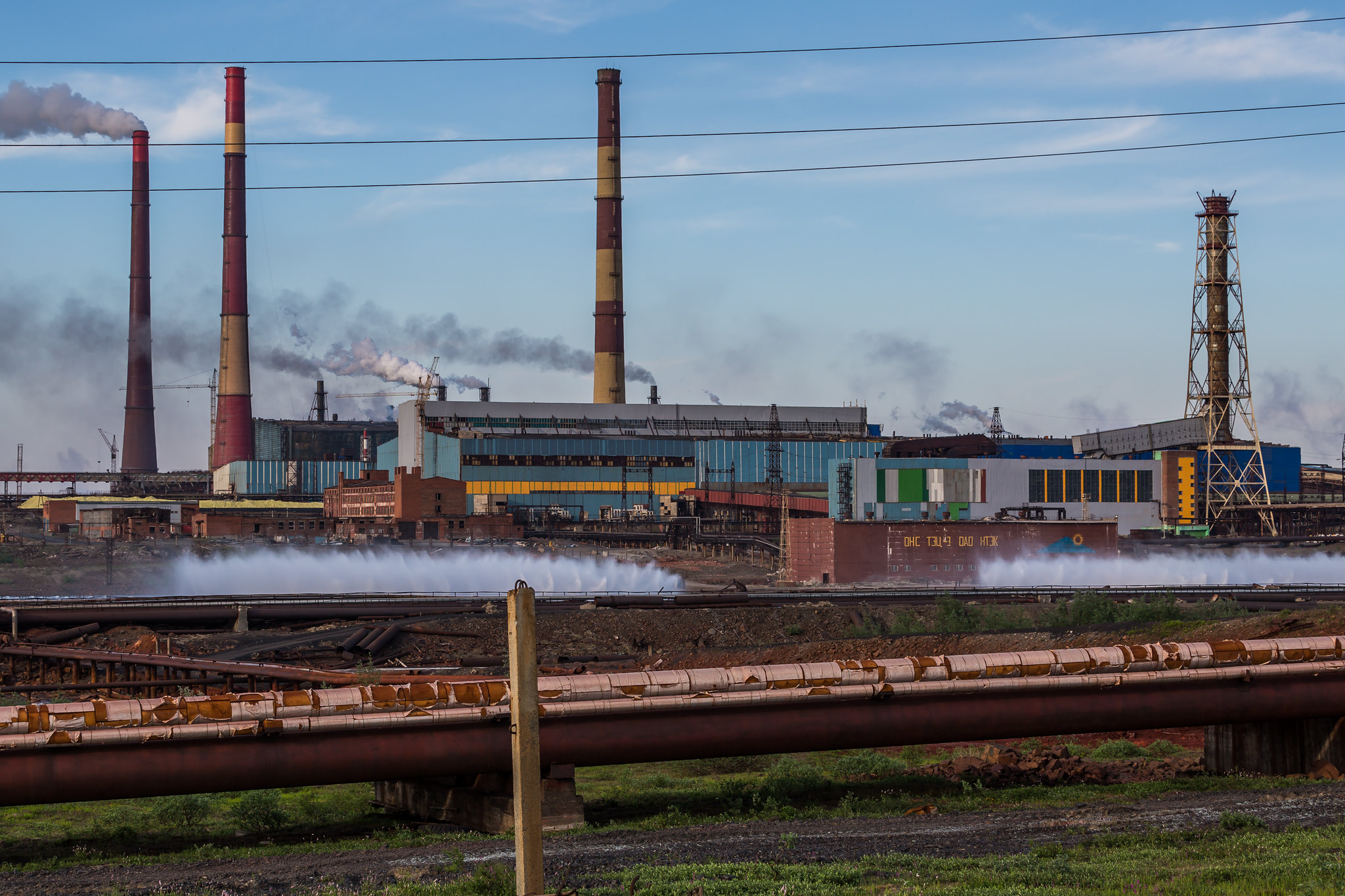 Even without pollution, Norilsk remains a city for those who enjoy extreme thrills. Temperatures can reach brutal lows. Terrible polar wings sweep the city's streets. All around it, thousands of kilometers of frozen tundra separate Norilsk from what they call "the continent," that is to say central Russia and southern Siberia. No roads, no railway. People travel by plane. Goods go by boat via the Arctic Ocean or — in the summer only — via the nearby Yenisei River.

"It's the wages that bring us here," explains Sahib, a metals worker from Azerbaijan who tops up his income by driving a cab. "Or at least, that was the case until 2014. The cost of living has been shooting up since then." Like the vast majority of the inhabitants in Norilsk, Sahib tries to save some money to get back to "the continent."

"Salaries here are double what they are in Russia," says Nikolai, 46, who came from Ukraine 23 years ago. But he complains that Norilsk Nickel hasn't raised the wages for eight years. "I can no longer put money aside because prices skyrocketed," he says.

Nikolai feels like he's reached an impasse. "You can't dispute anything here," he says. "Norilsk Nickel runs the whole show. There haven't been any independent trade unions for at least 15 years." He acknowledges, however, that social protections and health care services are much better here than elsewhere in Russia, or than in Ukraine. In any case, there is no salvation without Norilsk Nickel. The world giant represents 1% of Russia's GDP and is the raison d'être of a city located in one of the most hostile corners of the earth.

The mining company's stranglehold is a double-edged sword. A source inside Norilsk Nickel grumbles against the monumental costs the company bears. "We must pay for all sorts of social infrastructures and others, when this should be done by the regional and federal authorities," the person says. "We pay huge amounts of tax." 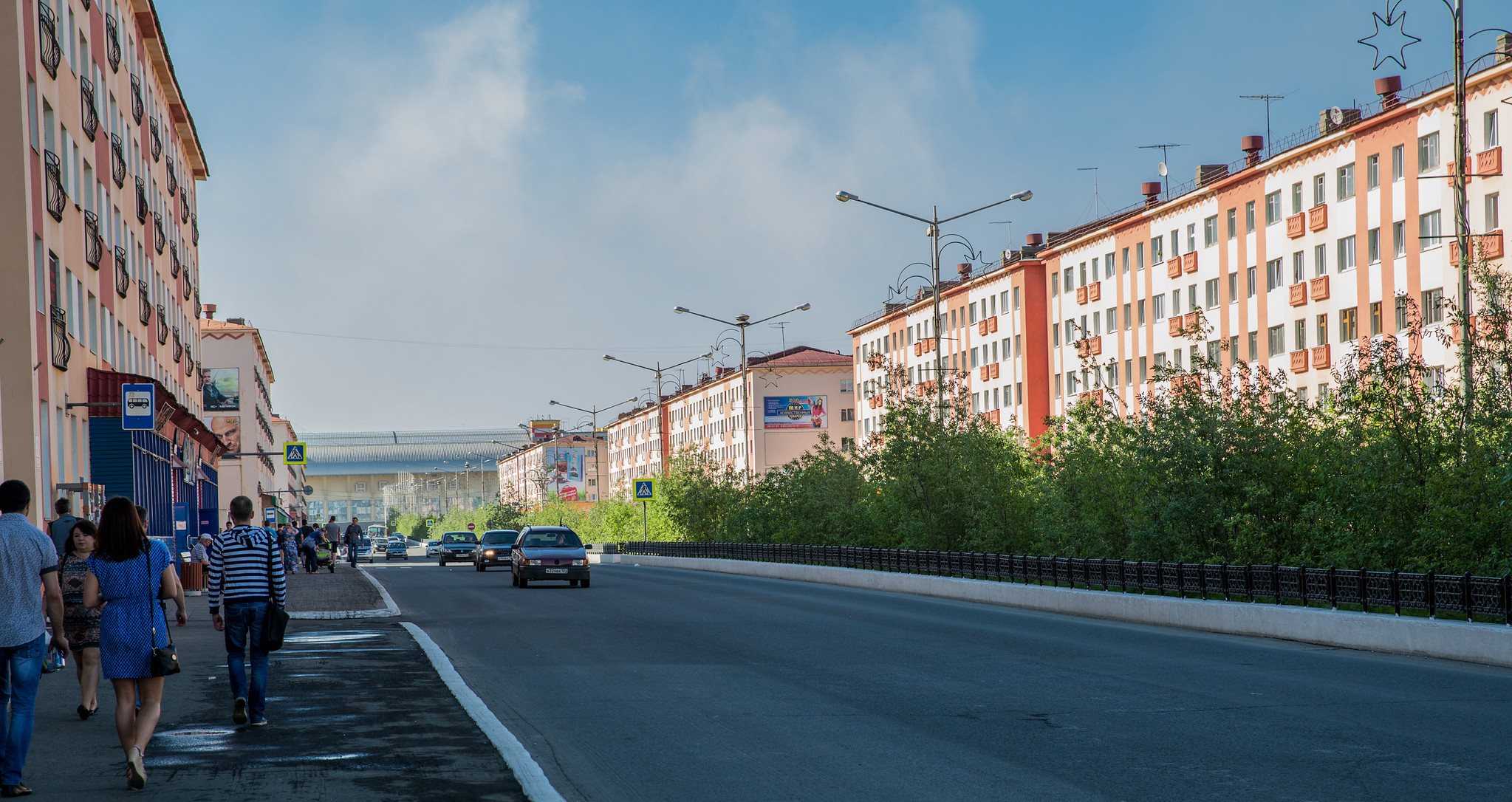 Russian President Vladimir Putin never fails to remind Russian billionaires (three of them are among Norilsk Nickel's main investors) of their moral debt toward the population.

To improve the inhabitants' daily life and restore its own image, the group organizes more and more festivals and cultural events. The tragic history of Norilsk, a city that was founded to be a gulag, is no longer concealed. Exhibitions and theater plays tell the people of Norilsk how, between 1935 and 1956, their city was hell on earth.

"One of my great-grandfathers arrived here as a prisoner," says Sofia, 15, a schoolgirl whose family has been living in Norilsk since then. "My other great-grandfather was one of the camp's guards." But she doesn't see anything tragic about that. "I really love this city and I want to spend my life here," Sofia says. "It's great for youngsters. Especially when it's very cold and the school is closed. We can go out without anybody watching us."

G8 Redux? The Case For Bringing Russia Back On Board

-OpEd- MILAN — Whether the West likes it or not, an old question has returned on the ...

America Can't Stop Talking About Us, A View From Moscow

Russia has become a main theme in the U.S. In part, perhaps, this is a sign of success of the Kre...