TWO SURVIVORS FOUND AMID TAIWAN RUBBLE
[Photo: Zhang Guojun/Xinhua]
Taiwan rescuers have found two survivors in the rubble after Saturday's magnitude 6.7 quake in which at least 37 people were killed, Xinhua reports. The two rescued victims were both found today, the beginning of the Chinese New Year. One of them, a woman, was found under the dead body of her husband and was said to be "conscious but in critical condition." Authorities have warned that the death toll could exceed 100, as many more people are believed to be buried under the rubble of a 17-story building.

VERBATIM
"I would bring back waterboarding, and I'd bring back a hell of a lot worse than waterboarding," a typically alarming Donald Trump said at the GOP debate in New Hampshire Saturday, ahead of tomorrow's primaries. The real estate mogul continues to lead the polls comfortably.

SYRIANS FLEE ALEPPO REGION
The Syrian army, backed by Russian airstrikes, continued to gain ground north of Aleppo, and in other parts of the country, "eliminating the last terrorist positions," state-backed news agency SANA reports. According to weekend reports, some 35,000 people have fled the areas near Aleppo and have tried to enter Turkey, which kept its borders closed, the BBC says.

BRONCOS TAKE SUPER BOWL 50
"What a rush!" the punny front page of today's Denver Post reads, featuring a photo of outside linebacker Von Miller whose rushing of the Carolina Panthers quarterback helped the Denver Broncos to a defensive-minded 24-10 win to claim the team's third Super Bowl title. Read more about it on Le Blog.

EUROPEAN STOCKS NOSEDIVE
European shares reached their lowest level since October 2014 this morning amid continuous worries over global growth prospects, Bloomberg reports. "Investors can't make up their minds about the global economy, but the risk of recession and deflation is rising," a Geneva-based investor said. Among the worrying signs, the Financial Times highlights the "record low prices for transporting coal, iron ore and other dry bulk commodities by sea," which the newspaper says "have pushed shipping companies into severe financial distress."

WORLDCRUNCH-TO-GO
There was a time not long ago when imperfect produce was discarded for its aesthetic shortcomings. But now concerns about food waste are giving some not-so-pretty products a new lease on life, Le Monde's Laurence Girard reports. "Experiments with â€˜ugly products' date back a few years. In 2014, French supermarket chain Intermarché, in collaboration with the Marcel advertising agency, tested displays of imperfect (but perfectly tasty) fruits and vegetables. The concept and the marketing campaign that went along with it proved to be â€˜an immediate success with the public and journalists,' says Blandine Mercier, an associate director with Marcel."
Read the full article, The Growing Appeal Of "Ugly Food."

Today we remember with nostalgia the 2005 truce between the Palestinians and Israelis. There's more in your video shot of history.

$15,200
Chinese citizens who report online "terrorism" will receive rewards of up to 100,000 RMB ($15,200) per tipoff as part of Beijing's crackdown on virtual terrorist networks that "spread extremist religious ideas, provoke ethnic conflicts and advocate separatism." 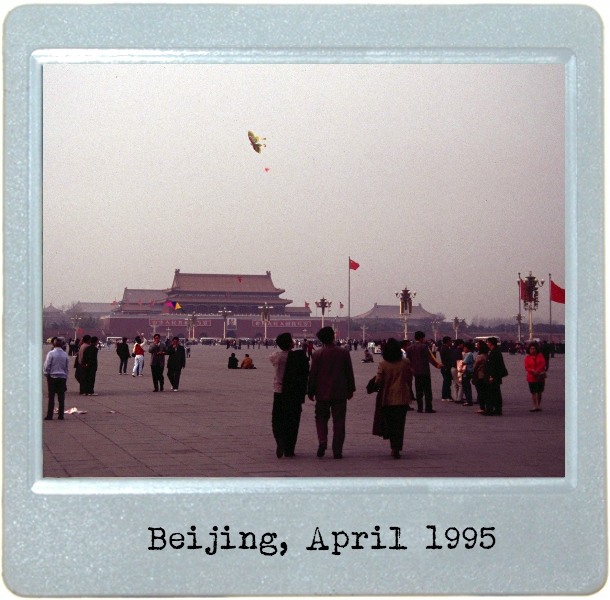 HAITI PRESIDENT LEAVES WITH NO SUCCESSOR
Haiti President Michel Martelly left office yesterday at the end of his five-year term, leaving the country with no real successor after last month's runoff election was postponed amid fraud allegations, Haiti Libre reports. An interim government will take over until the election, now scheduled for April 24.

EAGLES VS. DRONES
Scotland Yard is hoping to add another feather in its cap by using a rather traditional approach against drones operated by criminals.