JORDAN VOWS “HARSH” WAR VS. ISIS
Jordan’s King Abdullah II has vowed to wage war against terrorist group ISIS. He explained that his country’s response to the killing of a Jordan pilot, shown in a video that has shocked the world, “will be harsh because this terrorist organization is not only fighting us, but also fighting Islam and its pure values,” AP reports. At least 55 ISIS fighters were killed in strikes yesterday from the Jordanian air force in Iraq. A top commander, nicknamed “Prince of Nineveh,” was among the dead.

TAIWAN SEARCH CONTINUES
Rescue operations (pictured above) continue to find 12 people still missing after yesterday’s TransAsia Airways plane crash in Taiwan, South China Morning Post reports. There were 15 survivors, and at least 31 people confirmed dead. Taiwan officials have confirmed that pilots made a mayday call, apparently saying that flames in the engine’s combustion chamber were extinguished, which could have been caused by many factors, including lack of fuel.

VERBATIM
“Did they only come for lice and petloleum?” Under pressure at home after the mysterious death of prosecutor Alberto Nisman, Argentinian President Cristina Kirchner came under intense criticism yesterday after she mocked Chinese pronunciation on Twitter during her visit there. She was reportedly responding to criticism that she packs her events with her own supporters. Read more on our Extra! feature here.

ECB TURNS UP HEAT ON GREECE
The European Central Bank has significantly toughened its stance with the new elected Greek government, saying it would no longer accept government bonds in return for funding its commercial banks, a move that will make it harder and more expensive for Greek banks to obtain cash, the BBC explains. The new Greek government, which is trying to negotiate a debt-restructuring deal with its creditors, denounced the decision as “an act of political pressure” and said that Athens did not “aim to blackmail anyone but will not be blackmailed either.” Greek shares fell and borrowing costs soared in early trading today.

BOKO HARAM MASSACRE IN CAMEROON
Islamist terror group Boko Haram continues to spread within and around northeastern Nigeria despite significant attacks against its fighters from Chadian troops. The terrorist group attacked the town of Fotokol, Cameroon, yesterday, killing more than 100 people, Reuters reports. Speaking with reporters from the French-speaking website Camerpost, residents who managed to escape said Boko Haram had launched its attack early in the morning and killed people both inside their homes and inside a mosque. The Chadian army later returned to the town, which they had left two days before to launch offensives in a nearby Nigerian town, but Boko Haram fighters had already fled.

WORLDCRUNCH-TO-GO
Technology has transformed the world of prosthetics. But Le Temps’ Fabien Goubet asks whether all the bells and whistles, and the hefty price tags they require, are really what ordinary patients need? “‘In the media, the amputee always has a young body,’ says Valentine Gourinat, a Ph.D. student in bioethics at the Universities of Strasbourg and Lausanne. She says amputees are also portrayed as heroes: soldiers, for example, who were wounded by explosions. They're always young people ‘whose achievements then become a form of battle, a life lesson.’
In the real world, most amputees are much older — and not in the physical condition of Olympic athletes. They're people ‘who are around 60 years old on average and who, because of their poor health, will never walk again,’ Gourinat says.”
Read the full article, Oscar Pistorius And The Problem With Modern Prosthetics.

KERRY IN KIEV
U.S. Secretary of State John Kerry has arrived in Kiev, where he will meet with Ukrainian President Petro Poroshenko to discuss the possibility of arming Ukrainian forces as fighting rages in the country’s east, Reuters reports. Ashton Carter, Obama’s choice to replace Chuck Hagel as defense secretary, said yesterday he was “very much inclined” to provide weapons to Ukrainian troops. U.S. officials have also announced an additional $16.4 million in humanitarian aid to help civilians in eastern Ukraine. In a press conference this morning, French President François Hollande said he and German Chancellor Angela Merkel would also travel to Kiev later today before visiting Moscow tomorrow. Meanwhile, NATO is expected to announced a plan to bolster its military presence in eastern Europe.

417,000
In what the Financial Times describes as an “exodus,” 417,000 foreigners have fled Russia over the past year. The number of Germans, Americans, British and Spanish there has dropped more than 30% compared to January 2014, though the figures don’t include Ukrainian refugees who have entered Russia.

CALLS MOUNT TO DECLASSIFY 9/11 REPORT
After convicted 9/11 conspirator Zacarias Moussaoui claimed earlier this week that top Saudi Arabian officials and royal family members had provided al-Qaeda with important financial support before 9/11, calls are mounting for the Obama administration to declassify 28 pages of the report into the attacks that examine the hijackers supporters, The New York Times reports. Families of the victims and some lawmakers have been urging the declassification for years but have so far been unsuccessful. Saudi Arabia has denied Moussaoui’s claims. 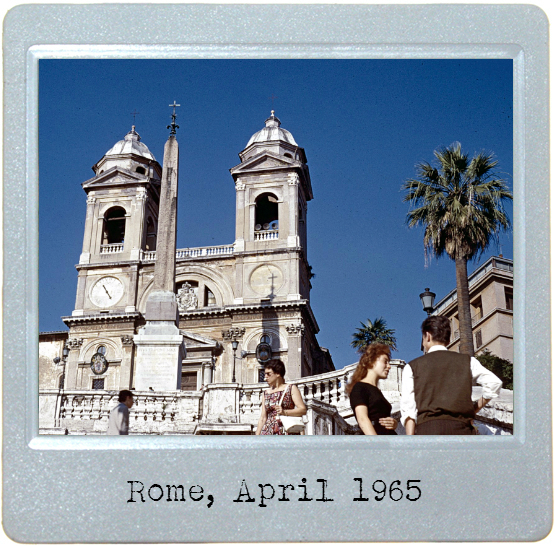 SOCCER WAGE RAGE
The epic earnings of European soccer stars is a subject of ongoing debate, but the figures are often so high that it’s difficult to know what they represent for the average earner. With this BBC app, see how long it would take you to make what Europe’s top footballers make in a year. Spoiler: The answer is probably a long, long time.